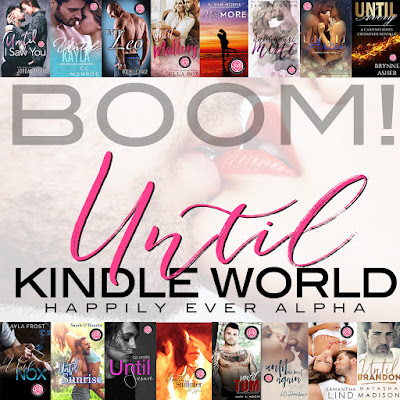 The Happily Ever Alpha Kindle world includes 16 authors that will be releasing books based on characters or places in the Until, Until her and Until him series. Every single author included in the world has been hand picked by me. I’ve personally loved their books and writing styles and hope if you haven’t read them before that you will fall in love with them just like I have.

Some of the authors have chosen to write about characters or couples that you have met in the series while others have just referred to a place or person from one of the Until books. I hope you give every single author a chance.

Every book is a stand-alone; there is no reading order.

Until Arsen – K.L. Donn
Until Avery – Brynne Asher
Until Brandon – Natasha Madison
Until I Saw You – Jordan Marie
Until Kayla – CC Monroe
Until Leo – Rochelle Paige
Until Mallory – Ella Fox
Until More – S. Van Horne
Until Nox – Layla Frost
Until Rayne – Elle Christensen
Until Sunrise – Sarah O’Rourke
Until Susan – CP Smith
Until The Summer – Elle Jefferson
Until We Meet Again – KD Robichaux
Until You – Samantha Lind
Until You’re Mine – Jenika Snow

For more details about
the Happily Ever Alpha Kindle World 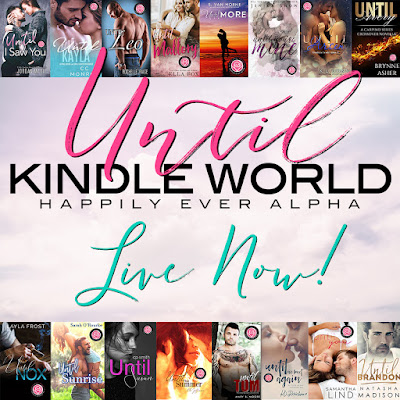