When S.W.A.T Sergeant Marcas MacArthur laid eyes on the bronze skin beauty who moved in next door, he swore he wouldn’t touch her. Leading one of the most elite S.W.A.T teams in the state of South Carolina, left no room for relationships. Marcas knew Sarena Rucker was a woman who deserved a man’s last name. She was a temptation he fought to resist and he vowed to stay far away from her. Now if only he could follow his own rules.
The emergency room nurse had eyes on her sexy-as-sin neighbor. Sarena had a thing for men in uniforms, and Marcas MacArthur decked out in his S.W.A.T tactical gear made her knees weak. He was the perfect package--sexy, alpha, rugged and intense. She'd lusted after him from afar, and was unaware that he even knew of her existence. But she was ready to make her presence known. Only he made the first move by sauntering over to her, and let his plans for her be known. The sexy cop didn't realize he wasn't the only one that could issue orders. Sarena had a few of her own, and Marcas was determined to meet every one of them.
The chemistry between Marcas and Sarena was electrifying, casting a light on the passion that burned between them. There are those lurking back in the shadows, who want nothing more than to extinguish the blaze, and exact revenge on the S.W.A.T officer by taking the one person who made his heart beat again.
Marcas is willing to go to extreme measures to protect Sarena. Will he be able to rescue her? Or will Marcas lose the one person who gave him hope for a future? 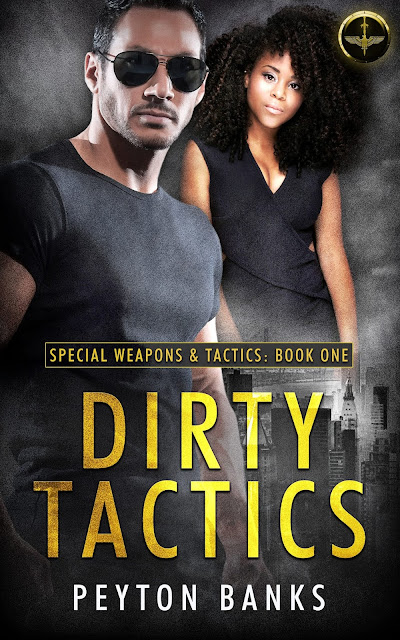 Mac had locked his gaze on Sarena the minute she’d appeared in her back yard. He’d taken notice of the way his men looked at her, too. He bit back a curse at the hunger in their eyes. None of them had hidden the fact that they were openly watching her. Sarena Rucker, with her beautiful bronze skin, deep dimples in each cheek, was a registered nurse who worked in the local emergency room. He made it his business to know his neighbors. She had moved in next door a couple of months ago. His cock grew stiff just thinking of the times he’d seen her out jogging. Her barely there clothes did nothing to hide her delicious curves. The swell of her hips was enough to bring a man to his knees. He’d bitten back a growl at the smile she’d tossed Brodie’s way. A new feeling crept up in his chest. Was that jealousy? Never before had he experienced it, but today, for some odd reason, his fist wanted to connect with Brodie’s wide grin. A whistle cut through the air as she went back into her home. “Who the hell is that?”“Mac, you’ve been holding out! When did that brown-skinned goddess move in?”“Is she single?”Questions immediately shot out from his team, and they began discussing Sarena. Mac put his attention back on the grill and raised the chilled bottleneck to his lips, pulling a long swig from it. He tended to the grill, his thoughts still on his sexy neighbor. “Her name is Sarena. She moved in two months ago, and yes, she’s single,” he answered unconsciously. The conversation halted again. He turned his head and found all eyes on him. He shrugged and kept all emotion from his face. “You’ve met her?” Ashton asked, his eyebrows raised. “No. Ran a background check on her,” he admitted, turning back to the grill. He could feel the stunned eyes of his team on him at his announcement. “Really, Mac? You ran a check on her?” Iker chuckled. “That’s bold.”“Have you ever heard of approaching your neighbor and just have a conversation with them to get to know them?” Zain asked, his eyebrows high.“I’m not even surprised,” Declan drawled from his position. He leaned back in his chair, resting his feet on the railing of Mac’s deck. His friend knew him well. They were similar, and Mac knew that Declan had done the same with his neighbors. “Mac always needs to know everything about anyone around him.” Mac nodded in agreement. He had run background checks on all the neighbors. He wanted to truly know who he was living around. Questions were thrown out from the guys. They were like a pack of wild savages circling around fresh meat. “She’s off-limits,” he ordered. Complaints filled the air, and he shook his head, turning back to his team. “How do you get to make that decision for her?” Myles leaned back against the railing with his beer paused at his lips. “I’m your commanding officer. What I say goes,” he growled, looking them all in the eyes. “Besides, good neighbors are hard to find. Don’t need the likes of you sniffing around her and chasing her off.”Chuckles filled the air as he checked on the last of the steaks. “Food is done,” he announced, taking the steaks off the grill. His team ambled to the oversized table. He needed to get their attention off Sarena and knew she would be temporarily forgotten once food was placed in front of his men. He swiveled his gaze back to Sarena’s house for a brief second before moving toward the long table on his deck. His eyes met Declan’s as he made his way there. Declan raised an eyebrow, and Mac knew his friend read him. Mac wanted his neighbor, and in time, he would have her. 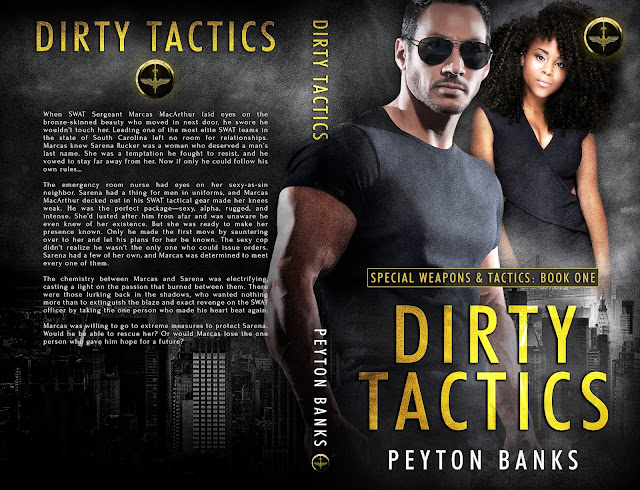