Okay, I know it’s crazy to hate someone you’ve never met before but Rourke Vega is not the average man. The arrogant billionaire manwhore is to blame for turning my beloved Austin from quirky, cool college town to hipster paradise.
It’s a good thing I don’t have to deal with him while I help his mother recover from a stroke. Her, I love. Him, all right I might have this insane desire to lick the dimple in his chin. Then there’s the way from the outside he’s calm, cool, collected and in control as if nothing fazes him. It makes me want to press his buttons, to make him lose control, to see the fire he hides inside. The fire I felt all too briefly. The fire I can’t forget even as I tell myself I’m crazy because no way could a man as gorgeous as Rourke want a plus size like me.
If my plus size doesn’t put him off my family situation will. Both of our lives are too complicated to add romance to it. Besides, he’s made it clear for the six months I’m his employee I’m off limits. Except he’s still staring at me with the heat of a volcano ready to explode. Like a fool I’m drawn to the fire even when I know it means one of us will get burned, but who? 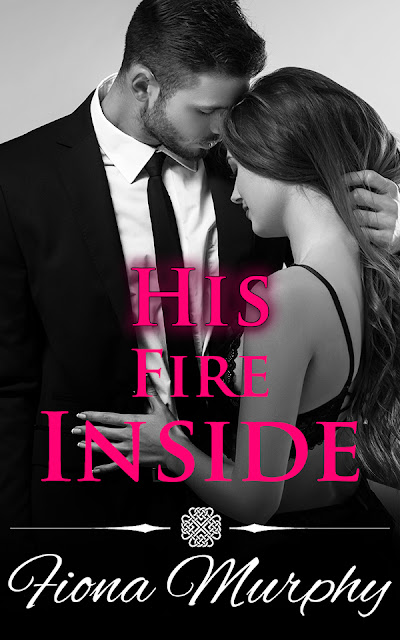 The sliding glass door opens, I know it’s her because I can feel her eyes on me.
“I’m going to head home now. I—we, Cheryl and I clicked very well. I’d like to take the assignment. Skyler leaves with his mom the day after tomorrow.”
“I’ll have someone move you tomorrow. Just make sure you’re packed and ready to go.”
She shakes her head. “That’s not necessary—”
“I don’t care whether you think it’s necessary or not. I’m going to have someone move your things tomorrow. They’ll call you to set a time.”
Her hands go to her hips, her top tightens over her breasts making my cock hard at the sight. “God, you have to control everything and everybody.”
“So you can move yourself in the little car you drive in one trip? You won’t need two or even three trips all the way from Round Rock to South Austin?” I allow my eyes to run over her, giving into the need eating at me. One of my eyebrows up, daring her to tell me I’m wrong. While at the same time biting my inner lip not to smile at her frustration. She is adorable when she’s mad.
Sighing, she shakes her head. “Okay fine, you know everything. You’re sooo much smarter than me.”
Damn, it’s hard not to laugh at her exasperation. “What I know is it doesn’t make sense for you to spend three or four hours doing what could be accomplished in half that time. What I know is no one else has ever bothered arguing with me for making their life easier, except you. There will be an employee contract here for you to sign. I’ll leave it between you and mom to set the things outside of the contract. If you need me for anything, you call my cell.”
Her brown eyes glow up at me. “Yes, sir, anything else, sir? Would you like me to go down on my knees in supplication, sir?”
“Olivia, I want you on your knees, have no doubt about that, but you’re now officially off-limits as my employee. It’s my second rule, after get it in writing.” My cock jerks at the lust in her eyes, at the way her breath catches and breasts swell and sway. Fuck. What the hell was I thinking? Why am I even acknowledging the attraction that will die soon anyway? “Leave, Olivia, before I make a liar of myself.”
She doesn’t fucking move; her tongue comes out to wet her bottom lip and I moan at the sight. The moan is loud in the silence. It shocks her. Now she runs like she should have when she first laid eyes on me. Seconds later I hear the front door slam closed. I’m so fucked. No. I won’t allow it to happen again. One slip, I was allowed one slip, and that was it.

Due to commitment issues I have lived in many different cities and my favorite is Chicago but I have managed to settle into Austin and perhaps my commitment issues are behind me.
I have enjoyed reading from a very young age and it wasn't long before the children books bored me and I read the books my mother enjoyed Stephen King and Dean Koontz and I didn't sleep without the light on until I was about ten.
I came across my first Harlequin by accident and it was love at first read, no one died and happy endings? It was a whole new world and I loved it.
I wrote my first story at eight and everyone died, of course. Since then I would like to think I've gotten better and now I'm writing the happily ever afters I first fell in love with, with some hot sex thrown in along the way.