Mackenzie’s marriage is falling apart.
After two years of heartbreaking infertility, the best friends that were once madly in love now act more like roommates. While Mackenzie is desperately trying to pick up the pieces of her broken relationship, her colleague is trying to get her attention. He’s not satisfied with just being her friend and wants to give her everything her husband doesn’t.
Mackenzie finds herself caught between a man she’s tied to that wants nothing to do with her, and a man who would give anything to be with her, but she can’t have.
When her world gets rocked by unexpected news, she’s left more torn than ever. Can the two try to love again or is already it too late? 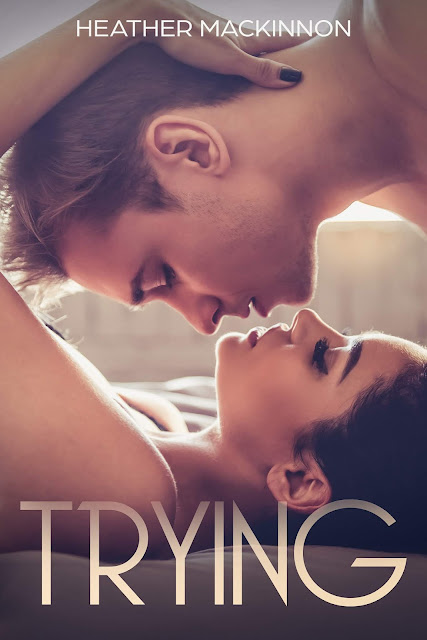 Tick.
Crinkle.
Slurp.
Crunch.
This was the soundtrack to my morning.
Every morning.
Bryson sat across the kitchen table from me, one hand gripping the morning paper, while the other alternated between holding his steaming mug of coffee or bringing his dry wheat toast from the plate to his mouth.
The clock on the wall counted down the seconds until we’d both need to leave for work, and this awkward routine ended.
Crunch.
Slurp.
Crinkle.
Or maybe it was just me who felt the awkwardness. Bryson seemed perfectly content to quietly work on his breakfast while I watched the second-hand tick away the time until I could make my escape.
The sky outside was gray, the oatmeal in my bowl was gray, the walls of this kitchen were painted gray. I looked down to my gray pencil skirt and white blouse. When did everything in my life become so monochromatic? When did all the color leech out of our days?
“Did you sleep well?” I asked him, finally unable to handle the weight of the silence between us.
“Mmm,” he intoned mid-sip, “like a baby.”
The flinch was involuntary.
I didn’t blame Bryson for his slip of the tongue. Even after all this time, it was still hard for him to grasp how that word affected me. How a simple four-letter word had ruled my life for so long. How I hated it as much as I yearned for it.
“How’s work been?” I tried again to engage him.
His mouth was full of toast and his eyes still roamed the paper in his hand when he responded. “Good, good. Everything’s going well.”
I sighed, and slid my spoon through my oatmeal, digging a hole in the center of the bowl that I wished was big enough for me to crawl into. It didn’t surprise me that Bryson hadn’t reciprocated my questions. He hadn’t asked me how I was doing in months. I suppose after getting the same answer over and over, he finally stopped asking.
Because my answer was always “fine” although we both knew I was far from it. So, if we both knew what my answer would be, and we both knew it was a lie, why bother, right?
That was Bryson’s mentality at least. I, on the other hand, couldn’t stand the silence that stacked up between us, like massive Lego blocks that interlocked and grew until that was all we could see.
And what color were those blocks? If you guessed “gray”, you’d be right.

Heather MacKinnon is an author living in the research triangle in North Carolina with her husband and two troublemaking dogs. She grew up on Long Island and spent her young adult years in various states in New England. This led to her subsequent addiction to Dunkin’ Donuts latte’s and her gratuitous use of the word “wicked”. She’s tried her hand at many jobs throughout the years as she strove to find the one that made her happy. Heather has sold chicken, kitchen knives, auto body supplies, PR packages, and computer software. She’s been a cashier, a waitress, a cook, a hotel concierge, a phlebotomist, and an Uber driver. Though her jobs have been many, her passion has always been reading. She’d hide in the bathroom and read between sales calls, or find a lonely corner in the kitchen and whip out her kindle between waiting on tables. After a lifetime of enjoying other people’s words, she decided to write down some of her own. 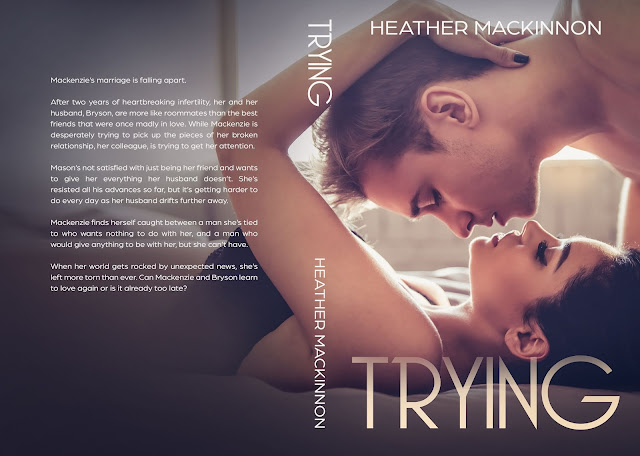