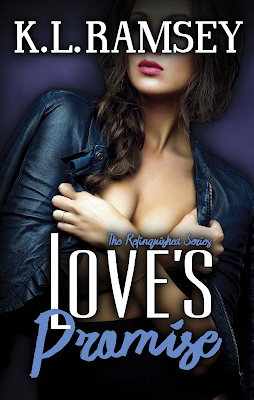 Being an only child from a broken home, Jack Sanders adopted the Jackson family as his own. Drew, Ryan and Shep were like his brothers, but three little words from the baby sister of the family sends Jack’s world spiraling out of control. Maddie Jackson is in love with Jack, and that’s all he has ever wanted.
Can Jack have Maddie and not lose his best friends?
Maddie knows what she wants and plans on Jack Sanders not figuring out what hit him until it was too late. Being the little sister of three alpha males, Maddie has lived a sheltered, protected life but she is ready to go after what she wants. Her brothers don’t want Jack “playing” with their little sister. They know how Jack uses women until he gets bored and then leaves them broken hearted. But Jack meets his match in Maddie. She is as feisty and fiery as her brothers and completely knocks Jack off his game.
Maddie’s brothers become the least of their problems when Jack uncovers a scandal at his new job. Now, Jack and Maddie’s brothers must put aside their differences and work together to keep her safe. Is their love enough to over come all obstacles?

She busied herself with putting away leftover food and stopped dead when she realized that Jack was standing next to her, shirtless. My God, the man was, well, he was a god. His arms looked like massive bands of steal and his abs were more like an eight-pack rather than a six-pack. He was always an overachiever, but this was beyond, beyond. For a computer programmer, science nerd, there was no doubt that the man was working out in his time off. She dropped the bag of pretzels that she was holding, causing them to spill all over the counter and onto the floor.
“Damnit. I seem to be all thumbs today.” Jack smiled down at her and cocked his eyebrow. Yeah, totally sexy. He knew how to work his looks. He kept his dark brown hair slightly longer on top and shaved on the sides and back. He also let his stubble grow into something that was not quite a beard but more than an evening shadow. And she wondered just how that stubble would feel up against her thighs while he kissed his way up her body.
“You alright Mads?” Her nickname used to really piss her off but since Jack was really the only one to still call her by it, she didn’t mind as much. “You seem a little flustered and if I didn’t know you better I’d say that you’re blushing.” Jack laughed and bobbed his eyebrows, causing Maddie’s nervous giggle. What was it about this man that made her as giddy as a school girl and as hot as a pre-menopausal woman on the prowl?
“I’m fine,” she snapped, angry that he could read her so well. She sunk to her knees to clean the mess off the floor and when she straightened up, she found herself face to face with Jack’s crotch. And Jack seemed pretty damn happy to see her. He moaned and pulled her up from her knees to stand in front of him. She couldn’t help but lean into his body, wanting more contact.
“Seriously Maddie, you drive me crazy. What if someone would have walked in and found you looking at my cock?” Maddie found herself speechless, hands plastered to Jack’s pecks, her belly pressed against his very impressive erection.
“Jack, I—” Yeah, what do you say to a guy who just had his cock in your face. Maddie had very little knowledge about that subject matter since it had never happened to her. The sad truth was that she was saving herself for Jack, all these years. She just never found anyone that was like him and he was really all she wanted. She was doomed to die a virgin, and wouldn’t that serve her right, never taking the chance in telling the only man that she ever loved the truth. Since she was leaving tomorrow for six months, tonight was it. A part of her hoped to go away and meet someone else, fall madly in love and forget all about Jack Sanders. But how could she forget him when she was in love with him?
Maddie took a deep breath and decided to just go for it, now or never. “Jack I’m sorry that I get on your nerves.” She smiled but knew that her mouth twitched a little, a sign she was nervous. Jack ran his thumb across her lips, and she felt her knees buckle. The man just made her mushy.
“I didn’t say that you get on my nerves. I said that you drive me crazy. Big difference honey.” God, she loved when he called her honey but then, she was sure he called all the girls in town honey. Jack was a player, or at least that’s what her brothers said.
If she waited much longer, letting Jack touch her while standing half-naked in her mother’s kitchen, she was going to lose her mind. And speaking of mother, where in the loving hell had all her family and friends disappeared to? How was it just her and a half-naked Jack alone in her parents’ kitchen? She would carefully analyze it all later and try do decide if this whole thing turned out to be good or bad luck. Right now, she needed to speak her truth, or at least just blurt it out.
“Jack, I’m in love with you.” There she said it, or she thought she said it. “I said that out loud, right?”

K. L. Ramsey currently resides in West Virginia (Go Mountaineers!). In her spare time, she likes to read romance novels, go to WVU football games and attend book club (aka-drink wine) with girlfriends.
K. L. Ramsey was born and raised in Maryland where her life changed when she signed up for a creative writing class. Knowing that someday she wanted to become a writer, K.L. received her BA in English from Salisbury State University.
Somewhere in her mid-forties, K.L. decided to write her first romance novel, proving that dreams can be realized at any age. 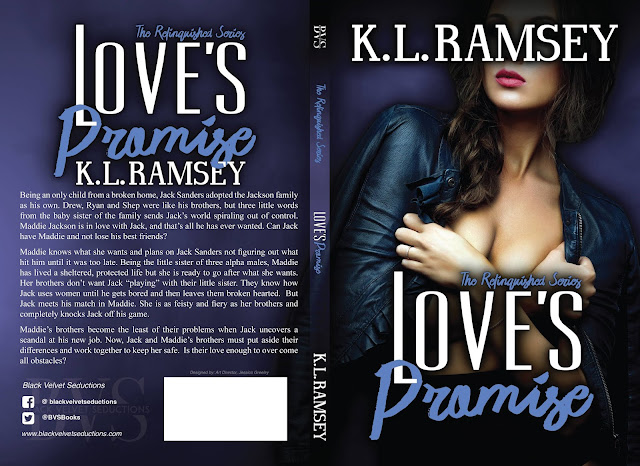