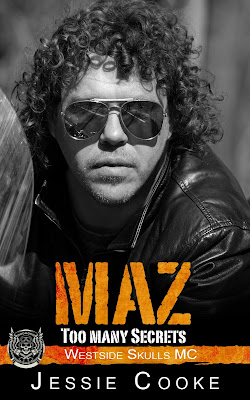 Maz always knew he wasn't the best-looking guy in the room, but he was okay with that. He was big and tough, and he fitted right in with his brothers at the Westside Skulls. He loved his job there as an enforcer. He came from a good family, and despite some struggles overcoming feelings of abandonment he had from being left by his biological mother when he was just a baby, he really had nothing to complain about...except that he was lonely. Being average-looking wasn't what kept Maz lonely. He didn't need the piercing blue eyes of Dax Marshall or the smoldering dark good looks of his club's SA Bruf. He attracted many women...he had a secret weapon. Maz's first language was French, and American women were drawn to his accent. Maz could take almost any woman in the room home with him if he wanted to...but his other secret was what made him so lonely. Maz had the anatomy of a porn star, and one look at his equipment sent most women scrambling for the door. He'd almost given up on finding a woman who would fall in love with him and be able to handle him in bed as well, when Marissa walked into his life.
Marissa spent most of her adult life taking care of her diabetic mother and she wasn't looking for anything other than a plane ticket to the East Coast and time to travel, when Maz came into her life. She tried to deny it, but the chemistry was much too overwhelming and the two of them clicked, over almost everything...most especially in bed. Marissa was certain she'd found her soulmate and Maz seemed to think the same thing too...until suddenly he left town, taking an assignment for his club two thousand miles away that might not see him making it home.
Marissa wants to know why Maz ran. Maz doesn't want to know the old family secret he discovered. Will the star-crossed lovers find their way back to each other...or will the explosive secret Maz now holds in his hands, destroy them both and take down two families in the process?
* * *
Book 6 in the Westside Skulls MC Series.
This is a Standalone Romance Novel but characters from this story, will appear in future books in the series.
HEA and No cliffhanger.
Intended for Mature Readers.
* * *
The Westside Skulls MC Series is about members of the MC club, their friends and associates.
Each story, while focused around one main character, is not necessarily about a Westside Skulls club member, but the story is related to Skulls members and the club. 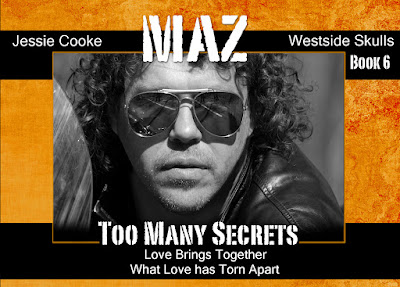