Sophie Steele is looking forward to summer break: no school, no responsibilities, hanging out with her best friend, Livy, and the boy she’s been casually dating for the last couple of months. But, when her brother’s gorgeous friend moves in with them while he completes a summer internship, her goal changes. Suddenly the only thing she wants this summer is him.
She wants him even more when her brother warns her off him, and even more than that when Livy tells her it’s a bad idea. Then when he starts dating one of her brother’s friends? Well, that makes him irresistible.
Because that’s the thing about Sophie—she’s always wanted what she can’t have. 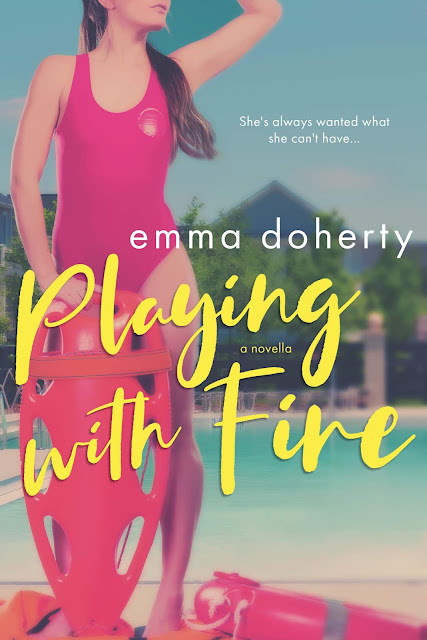 Or Join her Newsletter and Download your copy FREE

I want to burst out laughing at the look on Livy’s face. Her eyes are wide, her face is bright red, and her breathing is unsteady. She showed up for Friday night meatballs and walked straight up to my room just like she does every week only to see Garratt emerge from the shower in only a towel. Dripping wet, perfect abs on display and leading down to his defined V, just a towel around his waist—that’s what she saw. My best friend who’s never even been on a date with a guy saw the hottest man on the planet half naked. She just sort of spluttered in his direction until I came to rescue her and she escaped into my room. That was five minutes ago and she’s still not recovered, which is saying something. The fact that Livy’s flustered and noticed how hot he is just proves how special he is. Livy never notices anyone but Jessie. “Are you okay?” She shakes her head, her hand pressed over her heart. “Who was that?” “Garratt,” I tell her, my smile wide. “Benji’s friend Garratt.” I can’t contain myself any longer and I leap toward her, grab her hands, and start jumping up and down in excitement. “He’s staying here for the whole summer. The. Whole. Summer.” She starts to laugh and pulls herself away from me to point toward my closed door. “That guy is here for the whole summer?” “Yes! Yes, yes, yes!” She’s still laughing as she holds her finger over her mouth, indicating that I should quiet down. She has a point—his room is right next to mine, and I do not want him to hear this. I drop my voice, but only just. I’m too excited. I can’t believe I’m only just now telling her about Garratt, but she didn’t pick up her phone when I called her last night, and then I figured I’d just let her show up here today so she could see him herself. There’s no way I could explain how hot he is. I could never do him justice. “He’s staying in the spare room—the spare room right next to me, as in there’s one wall between us. Our beds are pushed up against the same wall.” I swear last night I couldn’t sleep knowing he was so close to me. Livy’s laughing while waving her hands in front of her face like she’s trying to cool down. “He looks like he should be up on billboards.” I nod in agreement. I can’t hold it in anymore. “Oh my God I know. Have you seen him? His abs? His body? I feel like I’m in a dream. He literally sleeps in the room next to mine, Livy. Right next to me. How the hell does anyone expect me to sleep with him right there?” I hiss. “Or the movies. He could be in movies,” she agrees. This is how hot he is—even Livy can’t get over it. “Yup. He’s insane.” 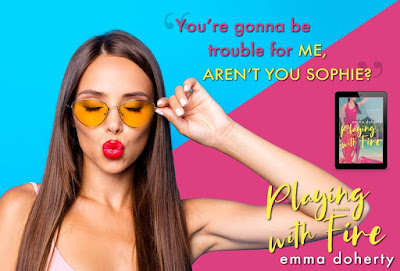 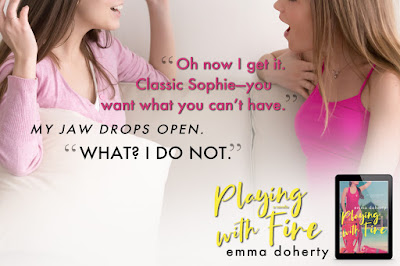 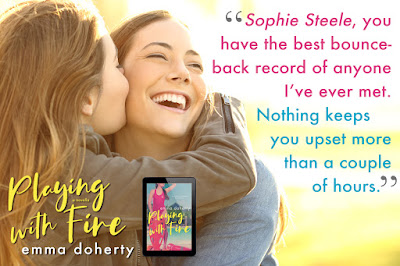