When Sparrow Greenlee meets Nix Burkholder, it is definitely not love at first sight. It doesn't matter how chiseled his jaw is, how his shirt stretches over his pecs, how great he looks in a hockey uniform. The man has an attitude that makes her want to scream and send a slapshot into his pads. The only redeeming thing about him is his daughter, Harley, a spunky six-year-old with only one thing on her mind... to find her daddy a girlfriend. And she has set her eyes on Sparrow. 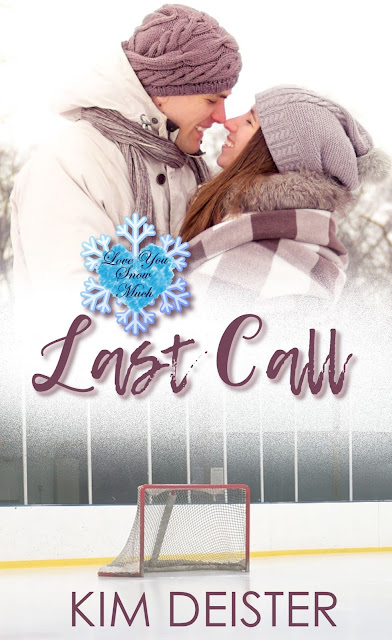 Coach turned his attention to the left and gestured to someone that none of us could see. When he walked into sight and stopped next to Coach, I felt my heart pitter-pat. Holy Jesus. I wasn’t a religious woman, but standing in front of me was a godlike example of maleness.
He had to be pushing six feet, at least. Dirty blond hair perfectly imperfect in a way that only looked good when the guy didn’t even bother to try to make it that way. He had a strong, chiseled jaw with the faintest hint of a cleft in his chin, hidden by just enough scruff to be hot as hell. And my undoing… a light dusting of freckles across his ridiculously perfect face. He was ripped and had bright, blue eyes that smoldered. The man was built like a brick shit house, an unfortunate term of lustful looks but an apt one. Every straight woman in the bar, married or not, had to fight not to swoon like an old-school Victorian maiden.
“This is Nix Burkholder, formerly of the U.S. Army, now of the Sweetser Valley PD. He will be sharing the net with Whitey for the rest of the season. So, how about a Sweetser Stoat welcome for our new goalie?”
Oh, God. The ritual chanting of our hockey anthem. I’m not drunk enough for this shit. No self-respecting team should ever chant about a stoat. But we did. And the Stoats had been chanting it for as long as I could remember.
We shot the puck
And now we’re drunk.
The rest of them suck
And we put them in a funk.
Because we’re the Stoats!
The Sweetser Stoats!
STOATS! STOATS! STOATS!
I didn’t know who wrote that particular piece of poetic genius, but they should be shot. If I wasn’t afraid of insulting someone’s mother or kid, I’d suggest a rewrite. The only explanation I had for its creation was that the poet had probably been drunk as hell when he or she came up with this little beauty. The kids in my freshman creative writing class could do better than that shit without even trying.
However, none of this kept me from chanting it enthusiastically with the rest of them, feeling like an idiot as I stood in front of our new goalie with my fist thrust in the air. His lips twitched as he tried not to laugh at us. He could laugh now all he wanted, but come the next game, he’d be right there, chanting his little goalie lungs out with the rest of us pre-game. 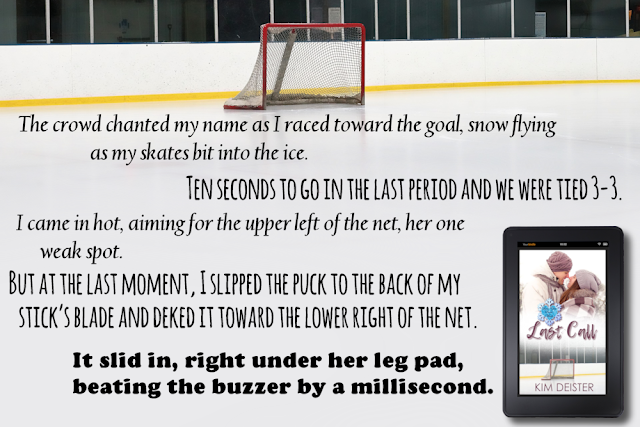