Vanessa Brown is having nightmares: about babies. Ever since her husband, Pete, mentioned he wanted to start a family, Ness has been trying to convince herself she’s stoked to spawn despite her inability to keep a cactus alive—and a decade-old secret she doesn’t like to remember. So when she catches her slacker-cool coworker, Altan Young, stealing sleeping medication from the pharmaceutical company they both work for, she decides to try the pilfered pills to finally find some rest.
But side effects of Morpheum include headaches, nausea, and possible mind melding—a fact Ness and Altan stumble upon when they share the same freaky sex dream. (Awkward.) Now these two colleagues are joined at the brain by night, experiencing dozens of fantastic sleep-staged adventures courtesy of a little imagination and a whole lot of drugs.
With the stress of being caught between the men of her literal and figurative dreams (not to mention her nightmare of a boss), Ness starts to enjoy snoozing more than being conscious—and the company of her work husband more than her real one. If she doesn’t wake up and smell the coffee soon, her dreamy escape could become a dirt nap in this feisty debut novel about the dangers of dreams' coming true. 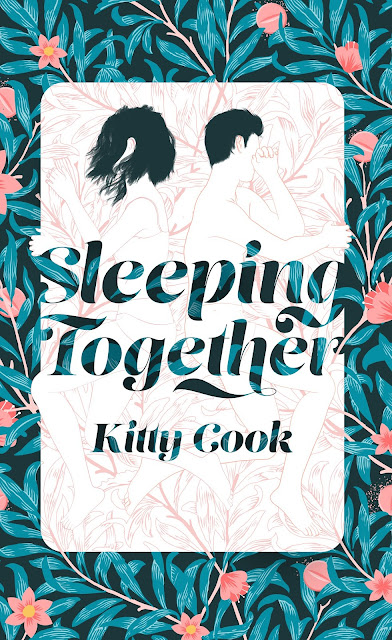 "Kitty Cook’s SLEEPING TOGETHER uses forbidden love and a drug-fueled dreamscape to tactfully explore the psychological trauma caused by sexual assault, the balance between responsibility and passion, and the changeable nature of love and relationships. Through her exploration of the dangers of being a woman in a male dominant society, Cook turns a modern day love triangle into a thought-provoking story about the inner conflict that drives humanity to seek stability while avoiding stagnation. SLEEPING TOGETHER is a marriage between romance and thriller that will leave the reader with questions about the nature of love and a yearning for adventure."

We finished our world tour at the Parthenon, sitting side by side on its crumbling marble steps, looking out at Athens while she slept. The Acropolis was lit only by the full moon, which dipped the stones in silver, and I lay my head on Altan’s shoulder, exhausted from having seen the whole world in an entire night. Altan was looking at the stars overhead, and I craned my neck so I could watch him watch the sky, knowing he was wondering what it was like out there, all those planets he’d yet to see. His wanderlust had no border: it would go on and on as long as there were places to visit, minds to explore. And I loved him for it.
Oh my god, I loved him for it—for all of it: his curiosity and his sense of wonder, and his kindness and his humor. And, of course, his eyes, as they searched the heavens and then, dipping downward, found mine. Without speaking, I shifted so that I was kneeling on the step below him, leaning into his body, reaching for the back of his long neck so I could touch my mouth to his. Without fighting he tipped forward into the moment. It felt inevitable, like we’d been hurtling toward it as a comet zings through space, fast and fatal and white hot in an otherwise frigid world. We were nose to nose, and I felt his breath on my lips and his body tighten beneath my hands, and we were so close and then—
I woke up alone in bed to the sound of my alarm, and it was all gone: the warmth of Greece, the platinum of the moon, and Altan. It was raining on the other side of the window and time to go to work. I fought the urge to cry.

Kitty Cook is a book chef based out of Seattle specializing in salty heroines, spicy plotlines, and semisweet endings that hit the spot. With two energetic kids and a very patient husband, Kitty spends her free time exploring the Pacific Northwest in the sun and curled up with a book in the rain. Her writing has appeared in the New York Times and Salon.com under a different, less ridiculous name. Geek out with her about novels, rich beer, and poor life decisions on Instagram @kittycookbooks. 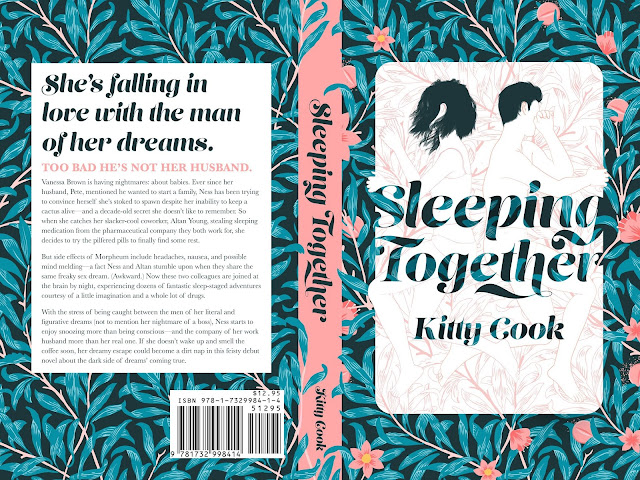