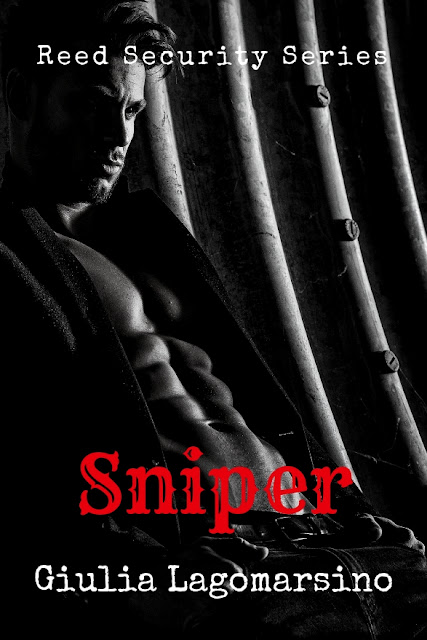 Chance "Sniper" Hendrix is all about a good time. He was married when he was serving as a Navy SEAL and it didn't work out so well for him. When his wife left him, he decided that he was going to enjoy life and do what he loved. He knows that marriage can be good, but he just doesn't want to go there again. He never intended to sleep with a stripper. He never intended to get involved in her life. But now that he has, there's no turning back. But there's nothing fun about the situation he just got himself into and there may be no way out.
Morgan James is searching for her missing daughter, Payton. After months of a dead end investigation, she takes matters into her own hands. Working as a stripper, she's looking for a man named 'The Broker'. He either has the information she needs or he's the one behind the devious plot. She'll do anything to get her daughter back, but in this tangled web of lies and manipulations, who can she trust?

“F&ck, man. You got a Whitworth Rifle?” I stood up so fast, my chair flew backward. I stalked over to Vanessa and tore the box from her hands. I laid the box on the table and took a deep breath before I opened the lid. It was the most beautiful thing I had ever seen. Holding the Holy Grail would have been nothing compared to this. “Give me some gloves,” I snapped. No one did anything for a minute, but when I glared around the room, Craig took off and was back just a minute later with a pair of gloves for me. I pulled them on and then ever so gently picked up the rifle. “Vanessa, you don’t know what you have here. This magnificent weapon was designed by Joseph Whitworth in 1854. There were only thirteen thousand four hundred built between 1857 and 1865. Do you know how many of these still exist? There probably aren’t any left. This could be the very last original rifle in existence.” I ran my hand over the gun lovingly, murmuring to myself. “49 inches in length with a 33-inch barrel. Fires two to three rounds per minute with an effective firing range up to a thousand yards, with a classic iron sights scope. F&cking beautiful.” “Should we leave you two alone?” Jackson asked. “You don’t know how amazing this is.” “I do,” Cazzo cut in. “That’s why I bought it.” “Yet, somehow you forgot to mention it to your wife,” Vanessa scolded. “Now, sweetheart, this is a collectible. For how old it is and how rare, I got a great price.” “Really? How much was it?” “Just a few thousand dollars.” “Oh,” Vanessa sighed in relief. “That really had me worried for a minute.” “Baby, I would never go out and spend a ton of money without talking to you first.” Vanessa smiled at him. “I know, Sam.” She walked forward, pulling out a piece of paper. “I was just really worried when I saw this bill for a Whitworth Rifle that was sold at auction for $161,000!”