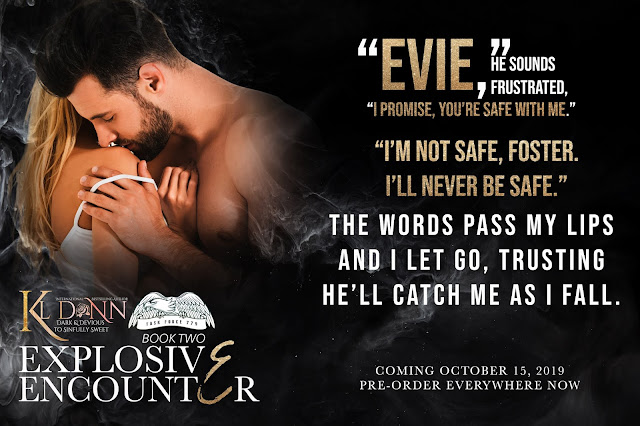 Foster Halsey has been burned by life, by love.

Recruited to the Task Force 779 elite team after a nasty divorce, Foster only wants to serve his country. He has no interest in anything except the art of explosives and saving lives. After nearly losing a team mate, and witnessing the pain his family went through, Foster is more determined than ever to remain unattached.

Until a mission sends his team to Mexico to rescue the estranged daughter of a CIA official.

Their attraction is explosive.
But she's been burned worse than him.

Everett Gaines was searching for answers.

After finishing college, Everett only wanted some R&R after a troubling discovery. She wanted to lay back on the beaches of Porta Vallarta and enjoy some time alone. Life has a way of kicking her when she's already down though and soon she becomes the victim of a kidnapping.

Acts so violent and gruesome that she never imagined are forced upon her until a savior explodes through her prison door. After a failed escape, Foster vows to protect her at all costs. With risk to his own life, Everett see's something in the solitary man.

A longing to be someone's everything at a time when she needs him most.

One Explosive Encounter leaves them breathless and Foster wants more.
But Everett pushes him away. Refusing to hear him out and why they could be more. Foster won't let go though and when sinister forces come rushing back, Everett is forced to rely on Task Force 779 to keep her safe.

After the pain ends and secrets come to light, will Everett still be alive to make the choice her heart desire's or will Foster be left an empty shell from a lost love?