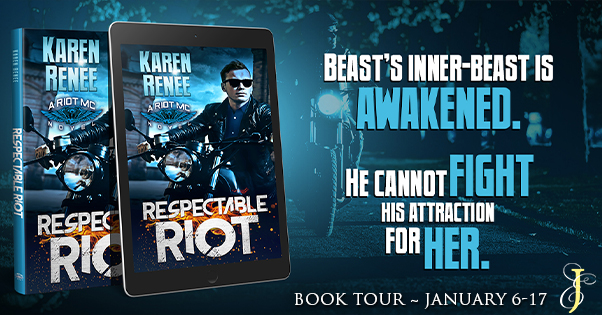 “Beast and Janie had a bit of a rocky start, but I couldn’t stop reading because I HAD to find out where they went next.” ~Jenn the Readaholic

“I absolutely love Respectable Riot! The characters were gripping, and I was captivated by the storyline.” ~Behind Closed Doors Book Review 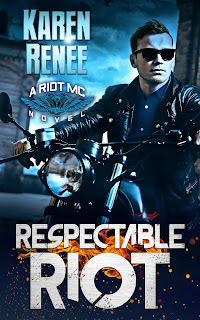 When we finally pulled off at a gas station, I swung off the bike, grateful as all hell to stretch my legs. Beast felt my eyes on him, if the expectant look on his face was any indication. I waited for him to join me on the sidewalk.
“You got somethin’ on your mind, Country Club?”
With a lopsided grin, I nodded. “First and foremost—”
He pulled me flush with his hard torso. “There’s a ‘first and foremost’. God. Gonna have to brace for this.”
“Fine. Do what you have to, but I feel compelled to let you know, on behalf of all the drivers you cut off, split lanes on, or passed on the shoulder, you drive like a colossal asshole.”
I thought he’d be pissed, but his twinkling eyes lit with a smile. Then he swatted my jeans-clad ass. Hard. His voice sounded on the verge of laughter. “What else you got?”
I wasn’t pleased about the swat to my ass, but I pressed onward. “Secondly, don’t let me hurt your ego or anything, but believe it or not, you’re not as important as you seem to think you are. I mean we’re not in that big of a hurry.”
His hand left my ass, and cupped my jaw. “There’s someone very important on my bike, babe, and it ain’t me.”
Well! That damn sure took the wind out of my sails. Luckily, I rallied. “I’m flattered you think that, but seriously–”
“Rule number one, no bein’ serious on this trip.”
“You can’t be–” It was on the tip of my tongue to say serious, and he knew it.
“Probably the only thing I mean business about. Gotta get you outta your head. Not right you can’t sleep through the night, and I don’t like it.”
“That was ‘cause of you,” I blurted.
“Say that again?” he demanded.
“Well, uh, I mean, I hate the idea of a guest sleeping on my couch.”
“Woman, that couch probably cost more than any bed I’ve owned. For a couch, it was more comfortable than my bed at the compound.”
I crossed my arms. “I should have been on it, not you.”
That odd look from this morning came back. “I’m in your bed, you’re in it with me.”
“You are not to be believed,” I muttered.
“Why’s that?”
“I saw you with that woman at Liar’s.”
His face hardened. “You mean Steph?”
I nodded because I didn’t trust my voice not to betray me.
“She’s an employee, Janie. Yak invited her to that thing. Followed her onto Liar’s street. Could tell she wasn’t sure which house would be his, so I rode next to her.”
“I see,” I murmured.
“So do I,” he grinned. “You were jealous.” 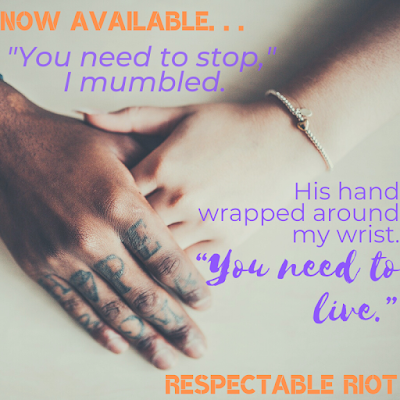 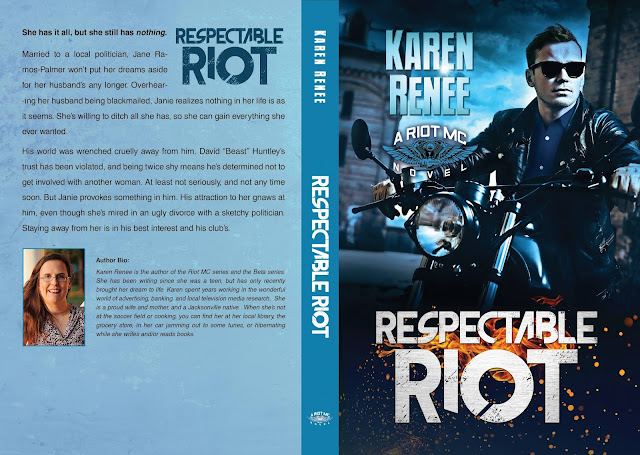