Once upon a time…
Isn't that how love stories begin?
Not this time. This is not a love story.
This is the untold story of Sleeping Beauty and how Princess Arianna of Graeline was conceived out of darkness and lies.
Born into a kingdom on the brink of disaster, she remains hidden away from the world as protection against a vengeful curse.
A love curse.
Malevolence has invaded the land of mystery, and the dark mage has decided it’s time to collect on her favor. The price…
The princess.
Until the king calls for a savior. Or two?
Asher “Apollo” McCall and Matthew “Ares” Norbury have worked countless missions together. Named after the Greek gods they resembled, they were considered the biggest and baddest until tragedy struck. Their team was slaughtered and they were left for dead.
Neither man ever foresaw a life of peace, but gazing into the eyes of the young, defiant princess for the first time, they catch a glimpse of what could become their world.
How far will they go to make the enigmatic royal theirs?
Kidnapping.
Torture.
Imprisonment.
Can these two "princes" beat the odds, save the princess, and live happily ever after?
Or is Arianna destined to die, imprisoned by a curse out of control? 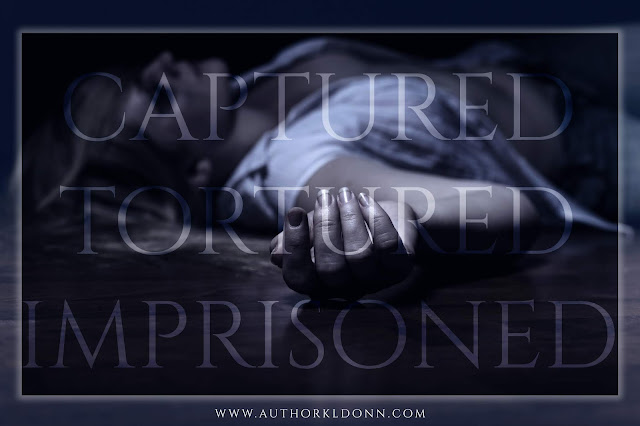 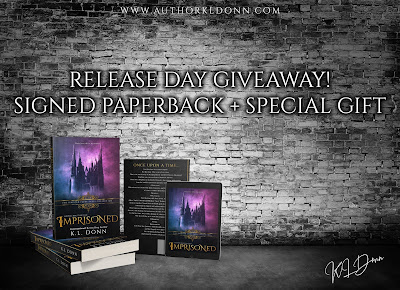 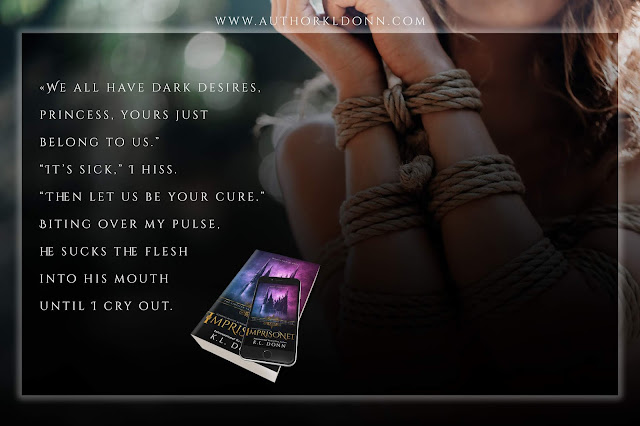 Krystal writes as International Bestselling Author KL Donn. Born and raised in Alberta, Canada, she has over 40 published books in differing romance genres. She enjoys making her readers cry as they go on a deep journey of love and loss through each book.
Experiencing her own insta-love at 17, Krystal has been with her husband for 16 years and they share 4 beautiful children together. 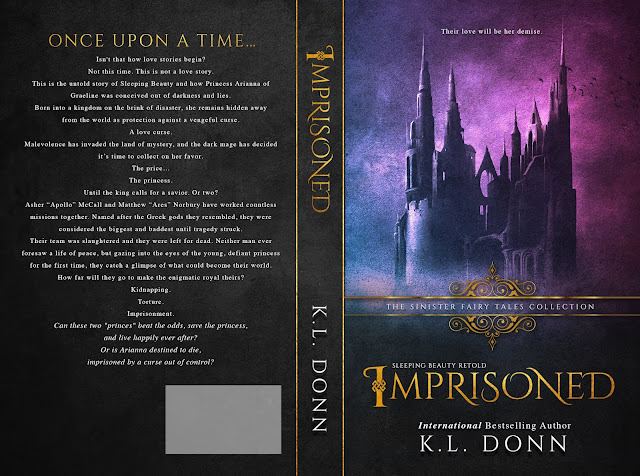