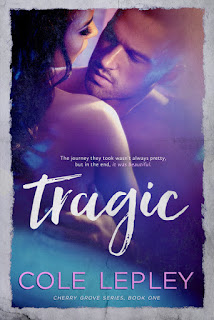 Elliot
My eighteenth birthday was more than just a milestone—it was an awakening. All my life I’ve been surrounded by praise and attention, and I convinced myself that I was happy.
Until I did something I shouldn’t have and now I can’t stop.
I fell for someone who is forbidden to me and that makes me want him even more.
I’m addicted to everything about him and that’s not the worst part.
He wants me too.
And it changes everything.
Hunter
I prided myself in becoming a better person. Despite all of the demons I struggled with, I always tried to do the right thing.
Until I couldn’t anymore.
All it took was one little taste to convince me to break every rule I ever created.
Now I can’t imagine my life without her and that’s not the worst part.
She feels it too.
And I don’t ever want it to stop. 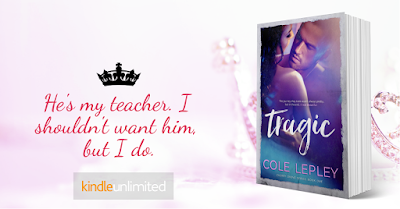 The steam from the shower is still clouding the mirror as I pull on a pair of black lacy panties and matching bra.  Not that I have anyone to impress with them, I just always like to look cute. I have the door open slightly so the steam can escape while I do my make-up.
I prop one leg up on the counter and begin to apply floral scented lotion from my upper thigh down to my calf when the door opens wider.
Hunter does a double take and immediately covers his eyes.  “Oh, I’m sorry. I was looking for towels.”
This causes me to smile.  “What are you so embarrassed for?”
“Um, you’re practically naked.”
I pull my leg down and pry his hand from his eyes.  “I’m wearing more than a bikini would cover.”
He looks me up and down and visibly swallows.  “Nope. This is much different.”
My smile morphs into something more sinister.  “Then maybe you should take your shirt off and we’d be even.”
He laughs once.  “Elliot, what are you trying to do?”
I cross my arms. “It’s only fair.  You get to see me. I should get the same in return.”
“You’ve seen me without a shirt on a million times.”
Feeling suddenly bold, I stand my ground.  “It shouldn’t be a problem then.”
Amusement flashes in his eyes before he reaches back and pulls his T-shirt over his head.  He squares his shoulders in front of me and I take in his perfectly toned six-pack. I bite my lip and he lets out some sort of strangled grunt like the one from earlier.
“There,” he says, holding his hands out to his sides.  “You happy?”
The muscles in his abdomen flex and cause my own stomach to clench. I cock my head to the side.  “Take off your pants too.”
His pale, blue eyes widen.  “Are you serious?”
I shrug.  “Do you see me wearing pants?”
He runs his hand roughly down his face and speaks through his hands.  “Elle, I’m not sure we should be doing this.”
I step closer.  “Why not?”
His eyes meet mine and my insides instantly turn liquid.  “It’s a bad idea.”
My hands travel to the buckle of his belt.  I slowly release it from the loops and let it fall to the floor with a clang.  I lean in close to his ear. “The best ones always are.”
My hands are still hovering over the top button of his pants when I feel him harden beneath them.  I reach my hand inside and run it along the length of him and he hisses through his teeth.
“Elle—"
I ignore him and then bring my hand back up to release the button, causing his jeans to fall to his knees.  He quickly kicks them aside and I smile. “There, now we’re even.”
His eyes turn darker as we stand close together, half-naked in my bathroom.  He tilts his head to me. “Is this what you wanted, Elle? Are you satisfied now?”
The rough tone to his voice makes my stomach flip.  Am I satisfied? —absolutely not, but I literally just promised Ollie I wouldn’t do this.  No matter how tempting it is to push things further with Hunter, I respect his wishes. Surely, he has a good reason for wanting to keep us apart.
I give a small shrug and step past him.  “For now.”
I catch a look of pleasure on his face before he’s completely out of view.  The confidence in my voice surprises even me. I hurry into my bedroom and lock the door behind me.  I’m not sure what would happen if he followed me in here, but I know it would also be a bad idea.
The screen of my phone lights up from my dresser and I walk over to see who called.  Five new texts from Judah. I skim through them briefly, but don’t respond. It really pisses me off that he’s this attentive now that we’re no longer exclusive.  I can’t see wasting my entire senior year on someone who will probably cheat on me at the next sorority mixer.
With a sigh, I toss my phone to my bed and go in search of some clothes.  I pull on a pair of cotton shorts and a tank top before stepping out onto my balcony.  It goes a few minutes before I see Hunter walk across the patio to the guest house.
He put his clothes back on, but there is something hesitant about the way he moves.  It’s almost as if he wants to turn around—and then he does. He stops just before the door and turns back to the main house.  Our eyes lock in the moonlit darkness and I’m paralyzed. A part of me wants to run down there and tackle him into the guest house, ripping all of his clothes off in the process. The more rational part of my brain, knows that will only lead to more trouble and I want a fresh start this year.
Slowly, the corners of his lips turn up and he shakes his head.  Neither one of us says anything as he turns back around and steps inside the door.  I stand there motionless and alone, holding onto a promise I’m not sure I’ll be able to keep. 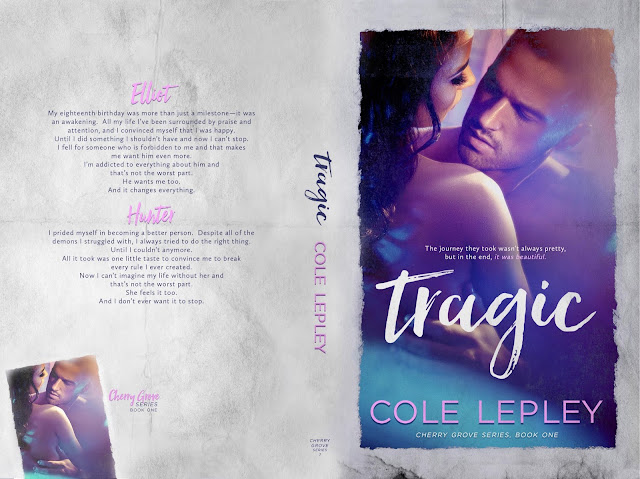