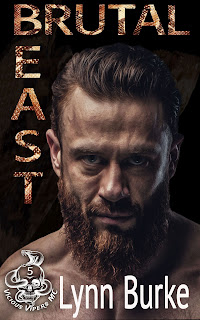 I’m a no-filter, use fists first kind of man who’s suspicious of everyone and everything. As the president of the Vicious Vipers MC, it’s my duty to protect my brothers, and I take pleasure in doing so.
When a sassy woman who heats my blood moves in next door, I tell myself I don’t want the baggage she brings, even if he is a respectful kid who weasels his way into my heart. She’s jaded. A stubborn, lying wildcat I can’t resist, and I’m determined to find the truth of her identity and claim her.
But I’ve got secrets of my own, long buried in the woods of Maine, that unearthed would define me as the brutal beast she fears me to be.
She’s mine to protect—even if my sins are brought to light, destroying any hope for our future.
*This is the fifth book in the Vicious Vipers MC series and may be unsuitable for someone under 18 years of age. HEA guaranteed, however, secondary characters make appearances in other’s stories. Reading in order is recommended. 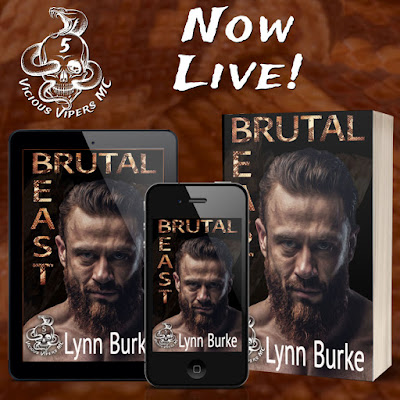 I waited until he mowed my front yard Friday morning before taking the plate back to his mom so I could get her alone. At least she’d agreed to let him mow without meeting me first.She cracked open the back door, face pale and dark eyes full of emotion—namely fear, solidifying my thoughts on her situation. She definitely wasn’t with the FBI. No one could fake that kind of wariness.My smile came easier, but also because she was so damn beautiful with lush dark hair and eyes the color of golden chestnuts. “Morning.”She glanced beyond me, definitely hearing my mower still running out front before opening the door a little wider. Turning her focus back on me, she eyed me like a skittish cat.I didn’t want to be a gentleman, but forced myself to keep my focus on her face rather than check her out.“Thanks for the cookies.” I handed her the plate, giving her a reason to let her white-knuckled grip on the door release. “Best I’ve had since my Auntie Jeanie’s.”Her lips quirked, and she rubbed her palms down her shorts before taking the plate without touching my fingers. “Glad you liked them. I’m Michelle. Dillon’s mom.” Her husky voice kicked me in the groin with a shot of pure, fucking lust.She didn’t offer her hand, so I didn’t either. “Vigil.”“Thanks for giving him a job.”I shrugged, studying her face with the color returning to pinken her cheeks. The wariness in her eyes remained even as her gaze flitted down over my chest really quick. “He’s a good kid. Hope you don’t mind I invited him to make himself at home with my weights and shit in the garage. Figured he could use a friend.”Michelle studied me, her dark eyes intent, her full lips pressed into a flat line. I didn’t move under her scrutiny, letting her see whatever she wished. I wasn’t ashamed of what—who—I was. If she had something against bikers or big fuckers like me, that was her problem, not mine.“He is a good kid,” she finally said, her voice still low and sexy as fuck, “but I don’t want him getting caught up in the wrong crowd.”My turn to study her even though I knew exactly what her words meant. She definitely had a thing against bikers, no doubt. “I might be a biker,” I said, “but we don’t deal drugs. I don’t even allow my brothers to do drugs beyond smoking a bit of pot.”“Your brothers.”Not a question, but I felt the need to answer, let her know exactly who lived behind her. “I’m the president of the Viper’s Boston chapter.”Her face paled again, and she swallowed. “You’re the leader of a biker gang.”“I am.”“You’re exactly the type of crowd I don’t want my son getting caught up in,” she snipped, her eyes taking on a glint that swelled my dick. Fuck, did I like my women snippy and wild.“I’m also exactly the type of man who can help the kid out,” I argued, bringing a flush to her cheeks that stiffened me to the point of discomfort. “He wants to get stronger. Learn how to protect himself. He also needs someone he can turn to if shit goes bad like he seems to think it might at the new school.” I considered the dipshit punks I knew who supposedly ran the high school’s pecking order and thought that Dillon might have to put up with that exact shit until he found his place.Michelle glared up at me, and goddamn did I like the pissed look on her face. Tense silence grew between us, but I let her have the time to war out whatever went on inside her head. Her lush, dark hair hung around her shoulders in gentle waves, falling over more than a handful of tits. The t-shirt covering her upper body hid whatever figure lay beneath those tits, but the thighs below her shorts and curvy calves told me all I needed to.Michelle Evans was all woman, the kind a man with my size could enjoy without restraint. The memory of her round ass had me biting back a groan, and I dragged my focus back to her face without realizing I’d been checking her out.“Are you done?” she asked, that snippy tone sending a rush through me. Nothing better than a wildcat.“Unless you’re offering to turn around and let me check out the backside, too.” Fire lit her eyes into obsidian as her lips pursed, and I chuckled. “You’re hot as fuck, Michelle. Can’t blame a man for noticing.”© Lynn Burke 2020

Lynn Burke is a full time mother, voracious gardener, and scribbler of spicy romance stories. A country bumpkin turned Bay Stater, she enjoys her chowdah and Dunkin Donuts when not trying to escape the reality of city life.