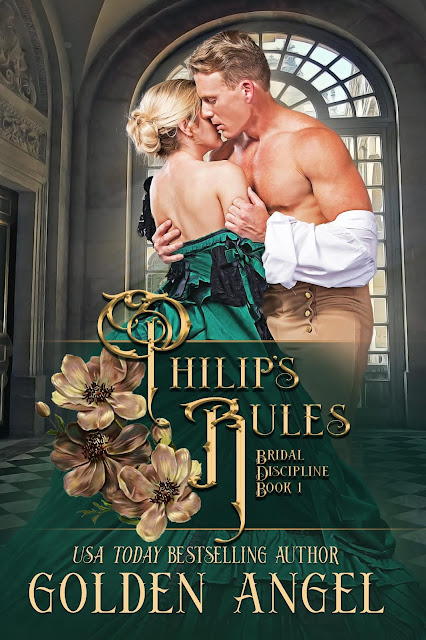 Pride and Prejudice meets Fifty Shades of Grey in this steamy tale of a stern lord and his new wife...
Lady Cordelia knows the Marquess of Dunbury did not marry her for love. Still, as he awakens her passion and pleasure, she begins to hope their marriage can become something more.
The Marquess of Dunbury rules his household with a stern demeanor and a hard hand. His new wife has begun to soften his harsh edges, engaging his more tender emotions. Their passion burns bright, but no relationship is without its tests.
Will a wicked stepdaughter and Cordelia’s own insecurities tear them apart before they can even begin?
Philip's Rules contains a stern Head of Household, corrective discipline, and steamy love scenes. 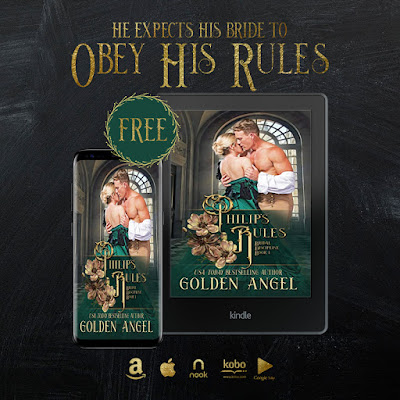 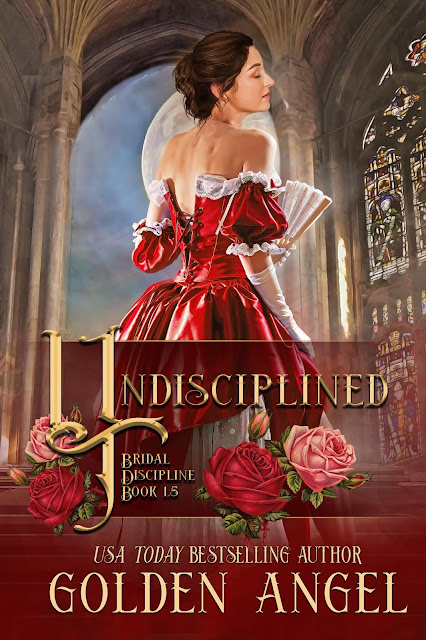 UNDISCIPLINED
Gabrielle Astley is quite used to being an afterthought, a burden, a nuisance...
As the only child - and a useless female one at that - to a Baron, she was both spoiled materially and neglected emotionally. After her father's death her stepmother remarries and Gabrielle’s new guardian is the stern and cold Marquess of Dunbury. There is hope of escaping their household, however, as the Marquess seems eager to marry her off.
Felix Hood had no thoughts of settling down in marriage - as the youngest of three brothers, he should be the last to wed. However, when he meets his best friend’s new ward and is tasked with the duty of helping guard her against any unsavory suitors, he can't help but be entranced by her. But he's not convinced he's ready for marriage, and his hesitation over formally courting her leads Miss Astley to turn to her other suitors, making him wonder if she's really worth the chase.
This novella was written at the request of readers who wanted to know what was happening between Felix and Gabrielle during Book 1 of the Bridal Discipline series, however it is not necessary to read Philip's Rules in order to enjoy this novella, nor is it necessary to read this novella in order to enjoy the upcoming Gabrielle's Discipline. It's a bonus novella for enjoyment and to fulfill reader's curiosity.
ADD TO GOODREADS 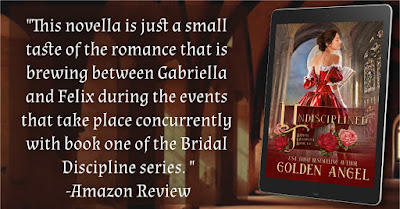 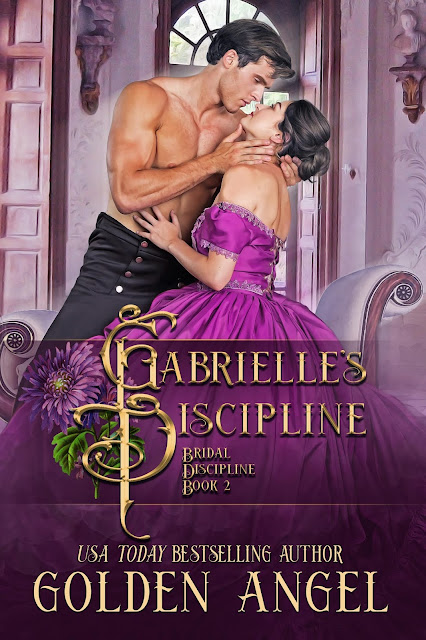 GABRIELLE'S DISCIPLINE
She's sure her husband loves another woman...
All her life, Gabrielle has been an afterthought, never someone’s priority. Desperate to escape her stepmother’s household, she makes a reckless plan… and ends up married to the wrong man.
Felix Hood has no experience with anything more than shallow relationships, but he’s determined to do right by his new wife. Unfortunately, she blows hot and cold, confusing and frustrating him. When her behavior goes a step too far, he’s forced to take her in hand and apply disciplinary measures.
Will his hard hand make or break their new marriage?
Gabrielle and Felix's story began the novella Undisciplined, however it is not necessary to read Undisciplined to enjoy the Bridal Discipline series.
ADD TO GOODREADS 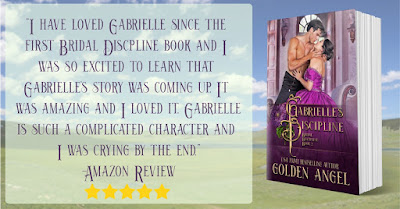 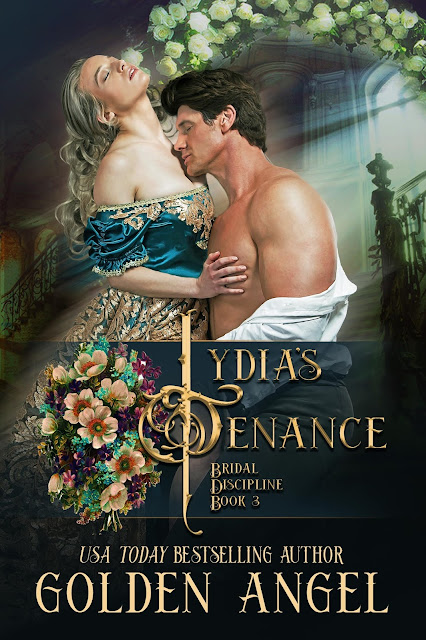 LYDIA'S PENANCE
Tricked and trapped into marriage, there is no escape for this Duke but there is revenge...
Lydia hopes to escape her home using the only way available to her – a respectable marriage. Her qualifications for her new husband are not long. Unfortunately, the gentlemen of the ton do not seem interested in a bluestocking spinster and she’s forced to take desperate measures.
The Duke of Manchester has been tricked and trapped into marriage with Miss Lydia Stafford, and she won’t tell him why. She is willing to submit to a harsh penance rather than reveal her secrets.
Imprisoned in a battle of wills, is there any hope for love and a happily-ever-after?
ADD TO GOODREADS 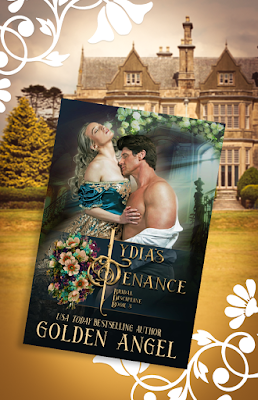 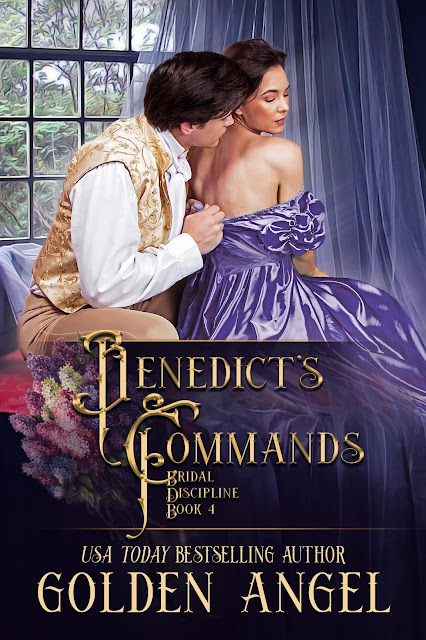 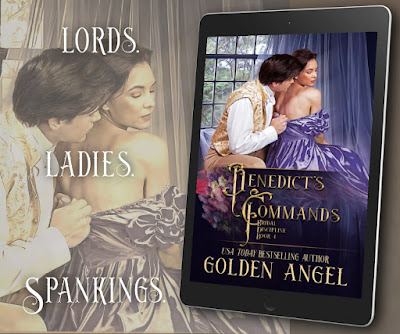 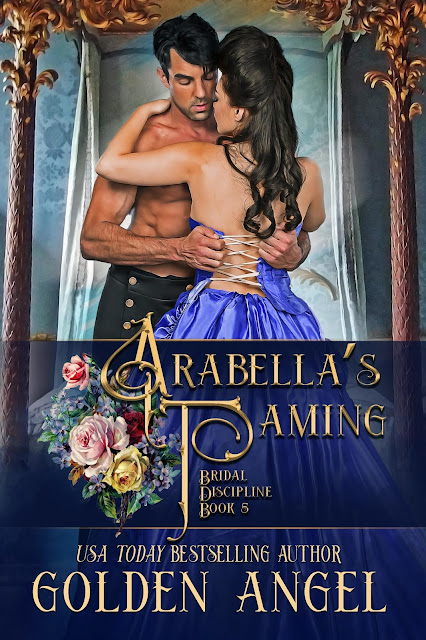 ARABELLA'S TAMING
First comes scandal, then comes marriage, then comes the battle of wills...
Lady Arabella Windham has given up on ever attracting the attention of Lord Thomas Hood. After discovering his disdain for her, she throws caution to the wind and becomes more reckless than ever. When her behavior results in disgrace, Lord Thomas is caught up in the scandal with her.
Marriage is the only solution.
With a strong-willed bride unwilling to bend and a stubborn lord determined to curb her rebellious ways, will it be misery-ever-after?
This is the last book in the Bridal Discipline series and contains a strong alpha male, a sassy and rebellious heroine, and some heavy handed (and fun!) discipline.
ADD TO GOODREADS 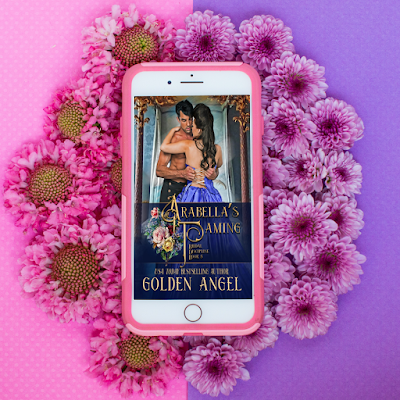 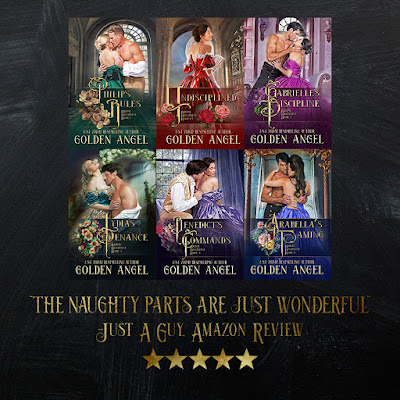 Golden Angel is a USA Today best-selling author, Amazon Top 50 bestselling author, and self-described bibliophile with a "kinky" bent who loves to write stories for the characters in her head. If she didn't get them out, she's pretty sure she'd go just a little crazy.
She is happily married, old enough to know better but still too young to care, and a big fan of happily-ever-afters, strong heroes and heroines, and sizzling chemistry.
She believes the world is a better place when there's a little magic in it.
AUTHOR LINKS
NEWSLETTER
BOOKBUB
FACEBOOK
GOODREADS
INSTAGRAM
TWITTER
WEBSITE 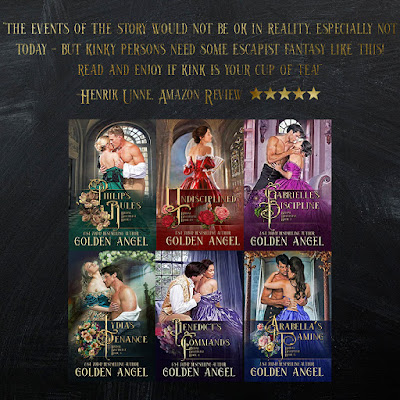