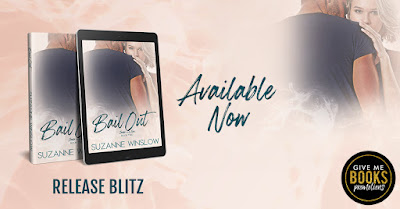 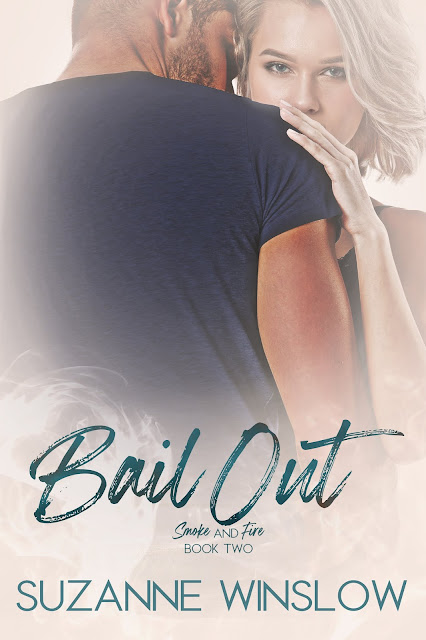 Once he made up his mind, there was no changing it back …
At sixteen, Rachel Miller fell in love with her brother's best friend. Eleven years her senior, Nate Doyle never gave her a second look. Nine years later, nothing's changed—the handsome firefighter still keeps her at an arm's length.
Raised in a traditional Irish family, Nate respects commitment. So much so that he has no intention of going down that road again. His relationships are measured in weeks or months, which makes his best friend’s sister off limits.
After watching Rachel get her heart broken again, Nate is no longer willing to stand on the sidelines. It means he must become a different man, if only Rachel can see the changes he's made. This time, it's too important to bail out.
ADD TO GOODREADS 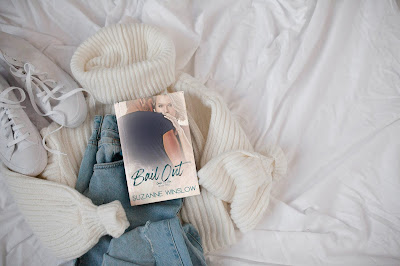 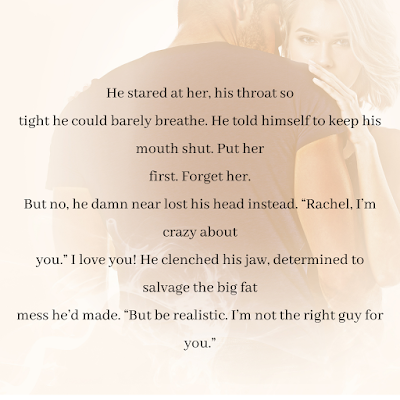 EXCERPT
As the band played, the dance floor filled. Nate looked over the top of his beer bottle as Rachel asked Grant to dance. It was shaping up to be a line dance and Grant, not looking like the cowboy boogie-type, begged off a second time.
She flashed Caroline a hopeful grin. “Do you want to dance?”
Caroline’s eyes darted to the dance floor. “I don’t know how to do that.”
Rachel set her hands on her hips. She cocked her head toward the line forming behind them. “Come on. I’ll teach you.”
Caroline shot Nate a pleading look as if asking him to save her. He bumped her shoulder instead. “Go ahead. Knock ’em dead.”
And damn, if she didn’t. She picked up the steps quickly, laughing every time she turned the wrong way or kicked out the opposite foot. It wasn’t long before she was rocking the arms and rolling her hips, but with an ethereal quality Nate had never witnessed in a country line dance before. Beside her, Rachel moved to the music a little differently, more seductive, less inhibited. Side by side with Caroline, he began to suspect Rachel wasn’t as innocent and naive as her older brother wanted to believe. Nate continued to watch her dance, enthralled. He’d just as soon imagine his sisters naked as he would Caroline, but Rachel? She conjured up fantasies even he’d never imagined before.
Grant paid no mind to Nate. His eyes were locked on Rachel’s long lithe body on the dance floor. She had a type, and this guy was it—tall, fair-haired, destined for a corner office. Nate brushed a hand over his scruffy face. Rachel could look him square in the eye when she wore heels. The only office he hoped to get was a concrete box with a pushout window.
Jealousy spiked in his chest before he finally pushed back from the table and headed back to the bar.
Faces flushed and smiling, Rachel and Caroline wove their way back to the table after he returned. He set a glass of water in front of Caroline, relieved to see Rachel drinking water, too.
Good. He preferred her date tonight ended with her sober.
Grant looked down at his phone as the band took a break and then leaned sideways to say something to Rachel. Nate sent her a curious look after Grant passed the bouncer and went outside.
Rachel shrugged and set down her glass as recorded music started to play over the loudspeakers. “He said he had to take a call for work.”
Caroline touched Nate’s shoulder. “Do you know which way is the toilet?”
Rachel smiled when he pointed to the far end of the bar.
Caroline stood. “I’ll be right back.”
“It’s just called the toilet in Ireland,” Nate explained after Caroline disappeared into the crowd. “Tell me more about Kieran. How does he like his new home?”
Rachel leaned her elbows on the table, her expression turning all sweet and sappy. “I think he’s happy. He meets me at the door every day when I get home and he likes to sleep in bed with me at night.”
“Hmmm,” was the best Nate could do.
She dropped her chin into her hands. “Can I ask you something?”
“Sure.”
“How much Irish do you speak?”
He grinned, assuming cussing didn’t count. “I only know a few words that my father taught me.”
Rachel’s lips twitched.
“What?”
“Your accent. You’re starting to sound a little bit like your girlfriend.”
He could tell she was teasing him, but he still felt the color rising in his cheeks. “I told you, Caroline and I are friends.”
She sat back and laughed as Lonestar’s “Amazed” began to play. “Matt’s right. Your Irish does come out when you’ve been drinking.”
Nate just shrugged. His accent was a byproduct of parents born and raised in Ireland. His father was proud of his thick Irish accent. His mother tried not to speak with any accent at all, but sometimes it would sneak out when one of her four kids got her riled up. It snuck out on him, too, sometimes, and not just while he was drinking. Times Matt didn’t know about. Moments Nate wished Rachel did.
Leaning closer, enough so that he could feel her warm breath on his cheek, she looked at him. “I have to ask you…did that kiss mean anything at all to you?”
He didn’t know how to answer. He thought about lying or twisting the truth. Or just brushing her off altogether. But he couldn’t do it. “Of course it meant something to me. But it can’t happen again.”
She let out a short laugh. “Then it didn’t mean much at all, did it?”
He stared at her, his throat so tight he could barely breathe. He told himself to keep his mouth shut. Put her first. Forget her.
But no, he looked over his shoulder for Caroline instead and then damn near lost his head. “Rachel, I’m crazy about you.” I love you! He clenched his jaw, determined to salvage the big fat mess he’d made. “But be realistic. I’m not the right guy for you.”
She eased back with defiance. “Who says?”
“How about we start with your brother?”
Her lips pinched together. He’d hit a nerve. “Who says I’m looking for Mr. Right?”
“What is that supposed to mean?”
“It means I’m not looking for a ring, Nate. I want to go out, have fun, blow off a little steam. That doesn’t work for you, so I won’t bother you again.” 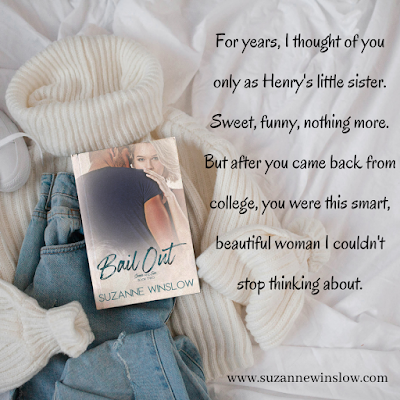 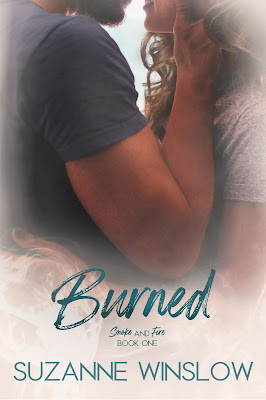 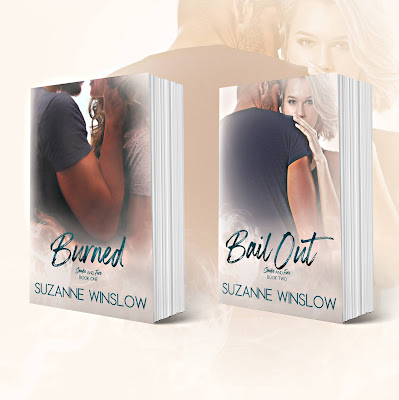 Suzanne Winslow writes the kind of stories she loves to read—contemporary romance with relatable characters, unsung heroes and heroines, and true-to-life stories. Nurses, teachers, firefighters, and Marines top her list of champions. Give her a book about strong, brave characters with hidden vulnerabilities and a secret passion, and she’ll binge read to the end!
Suzanne and her husband, along with their rescue dog, Murphy, call Upstate New York home. When she’s not reading or writing, she’s often planning a road trip, or if it’s summertime, hanging out at the lake. Connecting with readers through Instagram, Facebook, and newsletters is a favorite pastime. 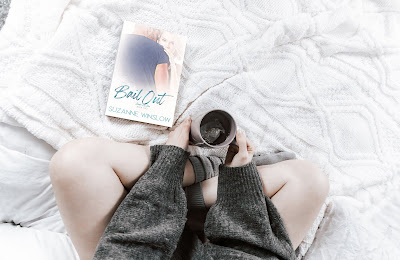