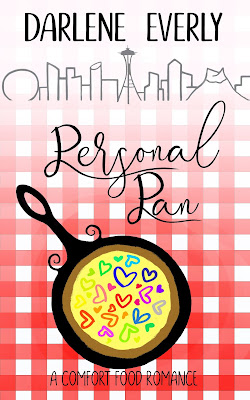 Fake dating, real sparks.Olivia is tired of having few friends, too many responsibilities in her family’s pizza restaurant, worrying about her mother’s cancer, being second fiddle to her med student brother, and being very unlucky in love.Her ex-girlfriend finds a new focus for her affection, and Olivia decides the safe, kind, easy option for a rebound to make her feel better is the good looking, although kind of boring, Omar. She’s sure it would all be easier if she was a pansexual girl not battling crippling social anxiety, but she keeps trying through it.Campbell, Omar’s cousin, is new in town and happens to be a trans man. She hopes that hiring Campbell will win her points with Omar. What she doesn’t expect is to find herself relying on Campbell to help her navigate getting friends, pretend to date her so she can win Omar, and help her prepare for a pizza competition that could be the difference between her losing the restaurant and ensuring she gets everything she’s been working for.Even more surprising, instead of a silly rebound, if she can get beyond her own fears and is willing to risk her chance at the competition she’s wants to win so badly, she might find everything she’s been looking for.

“I think he might be into you, but he doesn’t realize you even want to date. Anyone. At all,” he says and bites his lip.
Whatever the next thing out of his mouth is going to be I don’t think I’ll like it, what he just said is gutting as is. “I know… I’m not very social, but mostly I’m just busy,” I say, trying to put a light spin on what I know is a problem, my lack of real connection to anyone but this place and my family.
“I get that. You’re a boss, literally. You do a lot, and it doesn’t leave a lot of time, but that’s why I think we need to come up with a plan to let him know you want to do things,” he says, and I laugh until I snort.
“Oh, god. You heard that?” I say while he tries, and fails, to stifle a laugh. “You said, things. It was very heavy innuendo.” Which only makes him laugh harder.
“No, you know what I mean. And the snort was cute.”
My face heats in a blush that could not be timed worse. My stupid face. It always does this. Who needs to worry about choosing their words carefully when half the time your own face betrays whatever ridiculous thing passes through your head? I take a breath and try to focus back on the ominous drastic measures he thinks I need to employ in my social life.
“But I don’t know what you think I can do, short of walking up to Omar and asking him out, which I am way too freaked out about talking to people in general to ever do that,” I say, with a punch into a new pile of dough I imagine as my own personality failings.
“I think there’s a way we can let him know you like dating without you putting yourself in a position that would freak you out. He already thinks you’re great, and he’s seen you so we know he knows you’re adorable, now he just needs to know you’re willing.” He takes some of my already prepped crusts to the walk in, leaving me to think about what he’s said for a minute.
I’m adorable? That’s a new one. I would say painfully average. Brown hair, brown eyes, small and short. I suppose I have nice lips; would I date me? Hmm…
“Hey, what if,” he yells from the walk in, pausing until he gets back to help me again. When he gets to me, one half of his mouth is in that puckish smile again, it makes me stand up straighter and gulp. “What if we go on a fake date to show him you’re up for the idea.”
“Campbell! Be serious,” I say, laughing. “That would never work.”
“It would. It would cement your coolness to him, going on a few pity dates with me, and it would simultaneously prove you’re up for dates at all and that he’s into you because his jealousy would pop up.” He leans toward me across the island.
My heart does some dance moves in my chest, his plan makes me nervous.
“You don’t need anyone’s pity date, Campbell.” My face is on fire. “You know that. And there’s no way any of this idea works out the way you think.” I keep back the fact that I think this could blow up like a grease fire, the kind you can’t put out with water, but need to smother. In this scenario I’m pretty sure I would be the one to end up smothered in an inability to ever put myself out there to date again.
His face gets all melty and soft, and I want to hide, until I realize what he’s doing, “Wait, you’re practicing! Stop looking at me like that.”
He straightens up and laughs, shaking his head. Hopefully it will clear the crazy ideas from his brain. I stretch my back and refocus on my work, this whole conversation is bananas.
“Just think about it, if you decide you need my help…” he says, passing me another block of cheese to shred.
My cheeks flame again and my back tenses up. I get the feeling I’m going to be thinking about it a lot. 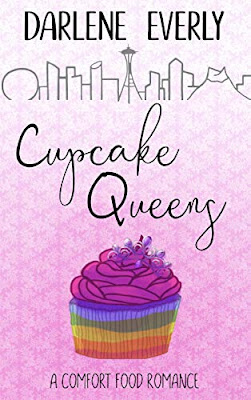 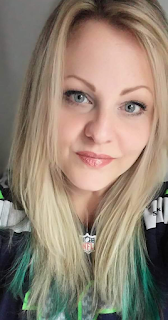 Darlene Everly is a writer of sci-fi fantasy, and LGBTQIA romance. She lives with her family and a growing menagerie in Northwest Washington state. She has been writing and reading for as long as she can remember, even when her stories were only shared with her notebook and pen. She took her Grandfather's saying that "only the boring are bored" far too seriously and filled her every waking moment with worlds so she would never be bored. With more stories coming to life everyday, she hopes you'll join her through the universes in her mind and that you'll never get bored either. 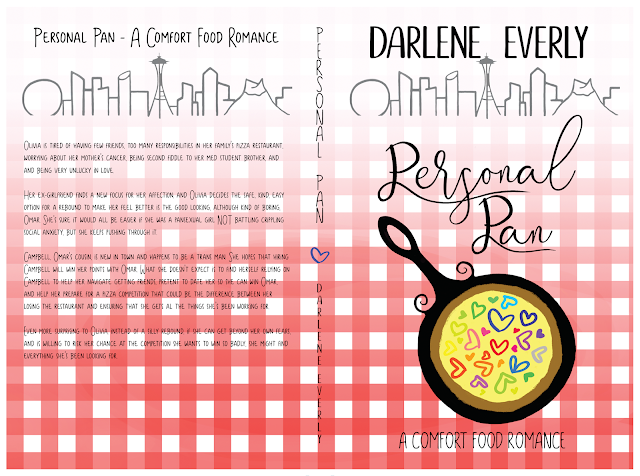