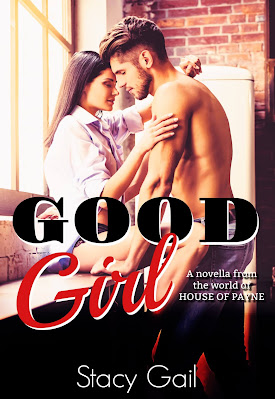 ***TRIGGER WARNING*** If you are sensitive to the devastation drug use/addiction can bring to innocent family members such as children, this book may not be suitable for you. Proceed with caution.“I’m what you’d call a good girl.”Though “boring girl” might be more accurate, as far as Serena Daniels is concerned. Working as a pediatric nurse, she’s not exactly knee-deep in eligible bachelors, and the most exciting thing she’s done lately is mix her colors with her whites. The last time she asked a man out, he stood her up, then didn’t bother to contact her for weeks. Clearly, she isn’t the only one who thinks she’s boring.“Just how bad could this good girl get?”Life is a string of crazy messes and brilliant moments for real estate mogul Lorenzo Salvatore, and he never knows which one he’s going to get next. On the one hand, he’s got a traumatized son who is his whole world. On the other, he’s got the smart-mouthed nurse he stood up. Getting back into Serena’s good graces will be tough, but with those bedroom eyes and killer legs becoming the center of his fantasies, he won’t stop until he gets her right where he wants her—in bed.The bad and the goodGetting together with Lorenzo would definitely liven up Serena’s life, but Lorenzo’s made it clear that he and his son are a package deal. When it seems that all Lorenzo wants is a new mother for his boy, will Serena be willing to settle for that, when her heart wants so much more?***This novel is a standalone romance featuring characters first introduced in HOUSE OF PAYNE: SAGE. While an ex-wife is mentioned, there are no love triangles (because I frigging hate them and they make me stabby), no cheating, and no cliffhangers. HEA guaranteed. Due to adult language and sexual content, this novel is not intended for people under the age of eighteen.***

“Now’s probably a good time for you to learn something about men like me.”“Men like you? You mean there are more of you?”So she thought of him in terms of being unique. Interesting. “No matter what era we’re living in, men who are worthy of that label take one helluva lot of pride in taking care of their own—their women, and their babies. That’s just the nature of the beast.”“Yeah, well, I take pride in taking care of myself. That’s my nature. Which,” she added on a sigh while moving up to the coffee stand’s counter, “probably explains why I’m still single.”“You’re still single because eligible men don’t usually show up in the pediatric wing to find you, a crazy-hot woman with willowy long legs, an ass a porn star would envy, and ice that can burn like fire in her eyes. But I did,” he added, digging out his wallet before she could reach for hers. “The way I see it, that’s an opportunity right there. And if there’s anything I’m well-known for, it’s seizing an opportunity whenever I find it.”The wary look she sent his way before she ordered a couple hot chocolates with extra marshmallows was fucking hilarious. “An opportunity?”“Yep.”“And seizing it.”“Yep again.”“So… wait. You’re saying I’m the opportunity you’re wanting to seize?”“Your grasp of the obvious is amazing. It’s nothing to freak out about,” he added when she continued to stare at him like she suspected he might slice her up for sushi. “When I say seizing, I’m not talking about bashing you over the head and dragging you by your hair to my cave like some Neanderthal. I’ve got more finesse than that.”“I’m thrilled to hear it.”“All I’m saying is that almost from the first moment our paths crossed, I decided banging you would be one of the best decisions of my life.” 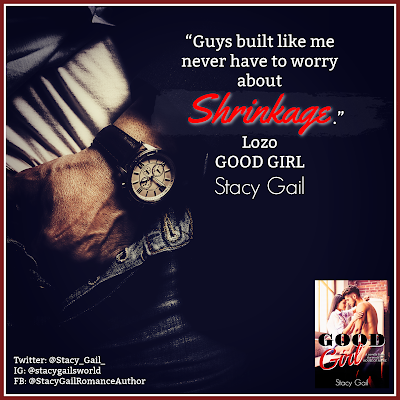 A competitive figure skater from the age of eight, Stacy Gail began writing stories in between events to pass the time. By fourteen, she told her parents she was either going to be a figure skating coach who was also a published romance author, or a romance author who was also a figure skating pro. Now, with a day job of playing on the ice with her students, and writing everything from steampunk to cyberpunk, contemporary to paranormal at night, both dreams have come true.