That Day by Karen Deen 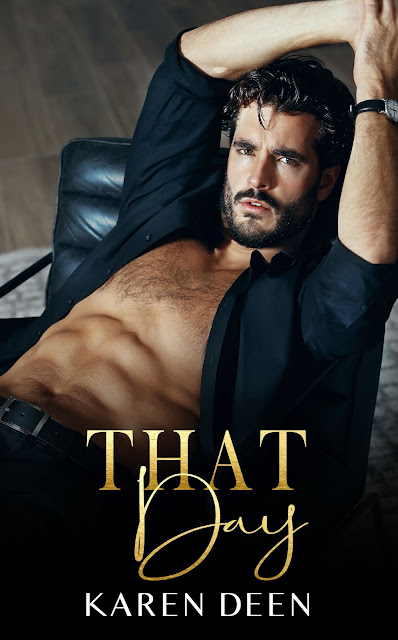 THAT DAY
A day, like no other.
They happen once in a lifetime, they say.
So why am I ‘lucky’ enough to have more than one?
Here I am living life, minding my own business.
Until the man I’d been fantasizing over for a year.
Ends up in my bed.
The sensual words he whispers late at night.
His touch on my skin, ignites my inner vixen.
Making me want things I’ve only ever written in words.
And when our bodies unite,
the electricity is more powerful than lightning.
Kurt Dolan is fast becoming the calm of my storms.
The man who will be my forever
Well so I stupidly thought … 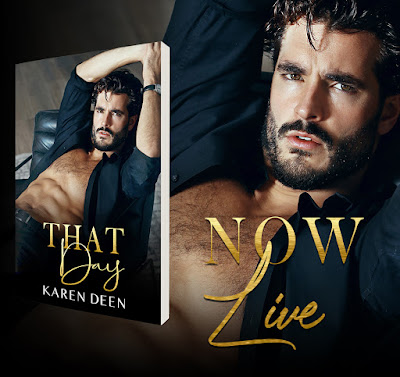 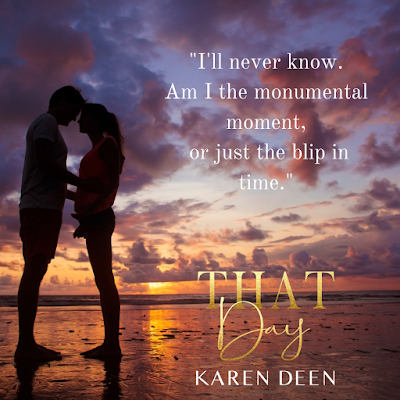 EXCERPT
“Coco, shush, you are making a spectacle of yourself. No guy likes a girl who is loud and never shuts up.” She finally stops barking and looks up at me like she understands what I just said.
“Oh, now you want to listen?” I pat her head as she starts wagging her tail at me.
“One day we will work out this me-the-master, you-the-dog, relationship. In the meantime, can you just stop making me run? Otherwise, you’ll be on your own, because I’ll be the dead lady, face first in the sand after my heart attack.” She looks up at me and gives me one bark and then starts calmly walking towards home like I’m the one making a fuss.
“You think I’m the diva? Well, I’ve got news for you. If there was a prize for the sassiest dog in North Carolina, you would take the gold medal.” I laugh to myself because this is my day beginning like normal. Me talking to a dog and actually thinking I’m having a conversation with her.
Yep, I’m officially a nut case!
Looking out to sea again, I catch sight of the guy in the surf that Coco seems to have a thing for. He hasn’t moved. He’s just bobbing up and down on the waves and staring straight at me.
Fuck.
I don’t want to draw attention to myself, but I can’t look away. I know who he is. Well, I don’t know know who he is, but I know who he is on sight. It may or may not have something to do with me spying on him every morning and afternoon from my porch as he strips off beside his truck, getting in and out of his wetsuit.
I’m not purposefully looking… well, sort of. I mean, if some hot guy happens to park at the end of the parking lot closest to your house and is facing you every time he lifts his shirt, what’s the point in missing the show? Or the hot ass that bends over with his towel wrapped around his waist as he pulls his wetsuit up underneath it. I pray every day that it will accidently slip undone. I still don’t know… does he wear anything under that towel and wetsuit, or is it a commando thing?
“Shit!”
Stumbling forward, I nearly fall flat on my face as Coco decides she is going to run again. Except this time, she’s attached to me.
Bitch of a dog, I’m sure she does it on purpose. Probably because she saw me eyeing her surfer boy. I swear this dog is human, or at least wants to be.
“Coco, if you don’t slow down you are not getting any breakfast!” My squeaky voice rings out as I try to keep up with her.
“Yeah, that’s right,” I say as she slows to a walk again. “I’m the boss, remember.” I’m trying to catch my breath again, and I let out a giggle. You would think walking every afternoon and morning—with this crazy dog that has me running half the time—would make me fit.
God, what must that guy on the board think of me? I’m probably his morning comedy relief. I’m the story he tells his work buddies when he gets to work.
‘Oh, you should have seen the crazy dog lady this morning, almost face planting in the sand when the dog took off on her.’
Hmm, what would his voice sound like?
I’m sure it would be deep and a little raspy, like the real rugged guy that he looks like. Trying to imagine him talking about me is a bad idea. My mind starts wandering to what he would sound like but not talking to his buddies. That voice I can hear, but then it changes to his dirty talk. Fuck, I have been on my own too long.
That’s what they call desperation, when you are imagining a guy you have never met talking dirty to you while he fucks you.
“I’m a lost cause,” I mumble to myself as I walk along the beach towards home. Coco just looks back at me with those sad eyes, then turns forward again and keeps walking.
“Great, now even my dog thinks I’m a sad case. My life is a mess.” 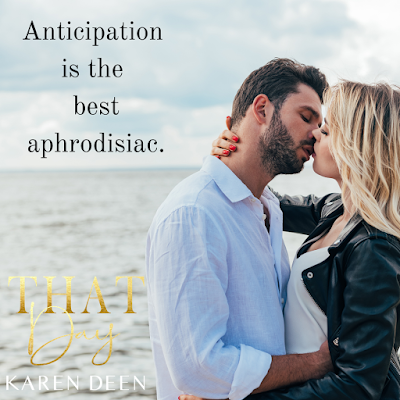 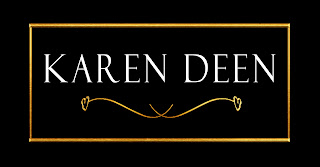 Karen Deen has been a lover of romance novels and happily-ever-after stories for as long as she can remember. Reaching a point in her life ready to explore her own dreams, Karen decided now was the time to finally write some of her own stories. For years, all of her characters have been forming story lines in her head, just waiting for the right time to bust free.
Sitting up in the early hours of the morning with her cups of tea, chocolate and music she gets lost in a world of sexy, alpha men who are challenged by some funny, sassy and strong-willed women. Bringing you unexpected laughs, suspense and a little bit of naughty.
Karen is married to her loving husband and high school sweetheart. Together, they live the crazy life of parents to three children. She is balancing her life between a career as an accountant by day and writer of romance novels by night. Living in a beautiful coastal town two hours south of Sydney, Australia, Karen loves to enjoy time with her family and friends in her beautiful surroundings. Of course, when she is not shut in her writing cave bringing you more words to devour.
AUTHOR LINKS 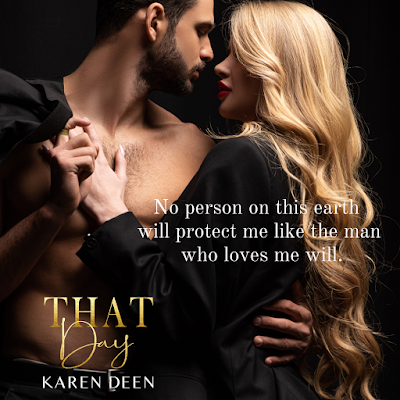